In nearly every facet of society, women are paid significantly less for the same job, yet their obligations remain the same as their male colleagues. In the majority of sports, this problem also applies to female players Feminism is on the rise among this era’s women, and we all know why.

There has been enormous empowerment as a result of people’s increased sensitivity to feminist concerns these days. The ladies on the following list, on the other hand, do not require any intro because they have always devoted themselves to the feminist cause. They are athletic superstars who are powerful, bold, and fearless.

Here is the list of the top 10 highest-paid female soccer players. 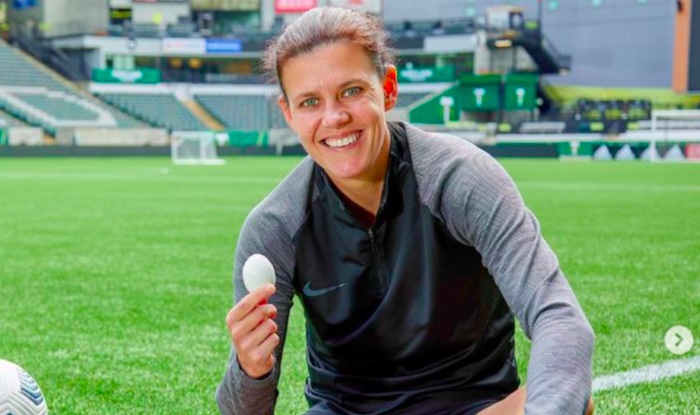 Sinclair makes this year’s list of the highest-paid female players. The 37-year-old captains Canada while still playing club soccer for the Portland Thorns of the National Women’s Soccer League. With 186 goals, she holds the record for the most international goals scored by both female and male players.

She is, however, just the world’s tenth richest female soccer player, earning $380,000 per year. The most valuable player is one of the most influential players of her time in terms of effect and imprint on the sport. 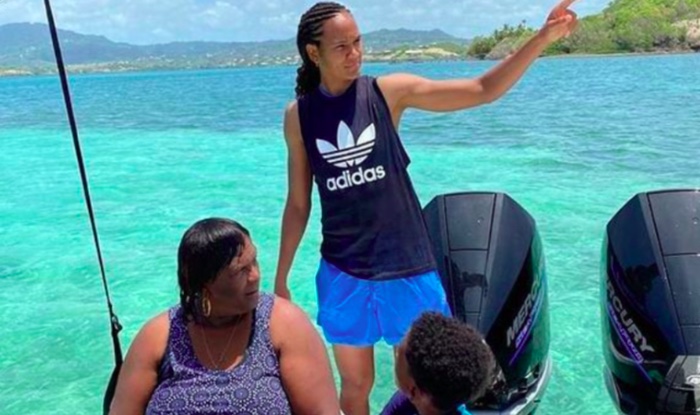 Renard is the 9th highest-paid female soccer player, earning $392,000 per year. Renard, one of the most accomplished players in women’s club football, has spent her whole career with Lyon. She is a rare skill in both female soccer and men’s football, and she is known for her goal-scoring abilities as a defense.

Renard will go down in history as one of the finest players at her position, despite the fact that she has yet to win a World Cup. She stands out among her colleagues at 6 feet 1 inch and is well worth her hefty pay, making her one of the richest female soccer players. 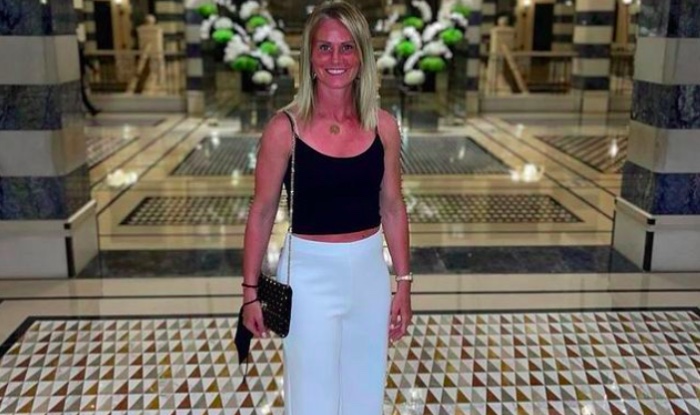 Amandine Henry is the next player on our list of the richest female soccer players. Henry’s yearly pay, according to statistics, is $394,500, putting her slightly above France colleague Wendie Renard.

The 2015 FIFA Women’s World Cup Silver Ball winner, like most of France’s successful and highest-paid players, represents Lyon at the club level and is one of the top stars on the team sheet. She is invaluable as the skipper of the French national team. 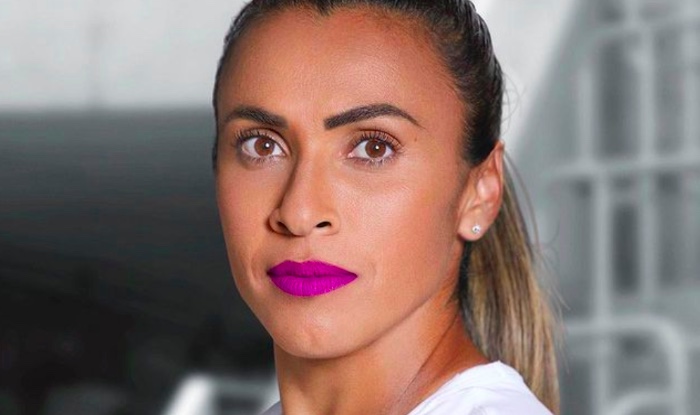 Marta has won the FIFA World Player of the Year award six times. The most valued player is without a doubt one of the greatest of all time. However, in comparison to some of her contemporaries, her $400,000 yearly compensation is inadequate. 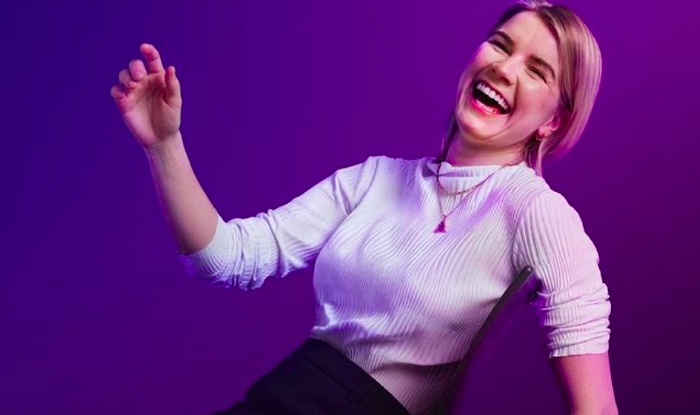 Hegerberg is one of the most well-known female soccer players. She was the highest-paid female football player in 2019. Her mere appearance on the field is enough to change the outcome of a football match.

The Norway star, like many others on this list, is a member of Lyon’s club team and is the sixth top earner in women’s football. Hegerberg’s salary is set at $425,000, although she additionally makes a sizable sum from different sponsorship arrangements. Her deal with Nike elevates her to one of the richest female soccer players. 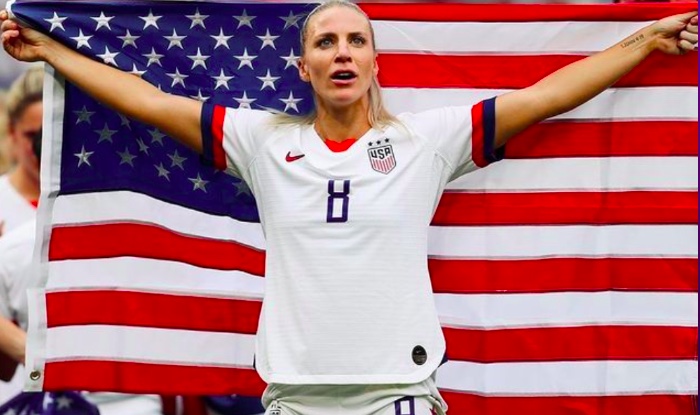 Ertz is the sixth most-paid female footballer in the globe, according to financial information. According to the most recent yearly pay figures, Ertz earns $430,000 per year, which places her above Ada Hegerberg.

Ertz is a member of the National Women’s Soccer League’s Chicago Red Stars and the United States women’s national team.  In addition, after assisting her team to win the Women’s World Cup, Ertz was awarded the US Soccer Female Player of the Year in 2019.

She is a major character at the club and one of the finest female football players in the world. As of 2023, Julie Ertz’s net worth is $4.5 million. 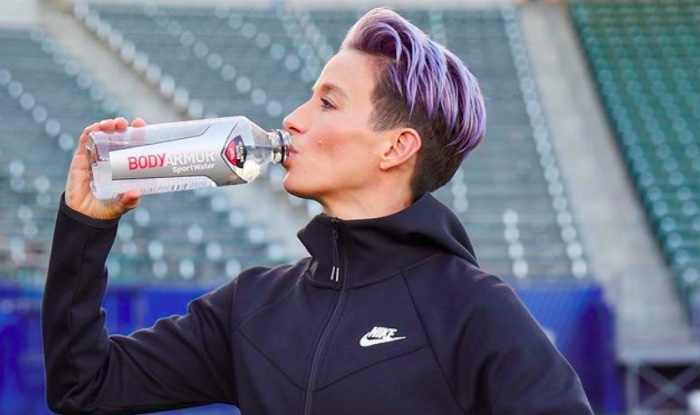 Megan Rapinoe of the United States will be familiar to anybody who followed the 2019 FIFA Women’s World Cup. Rapinoe has crowned the Best FIFA Women’s Player in 2019 while climbing to fourth place on the list of highest-paid female players.

Rapinoe also won the prized Ballon d’Or Feminin trophy in the same year, two achievements that helped her earn a hefty $447,000 paycheck. She is a soccer icon and is widely recognized as a change agent at the top level of the sport. Rapinoe has the sponsorship of Nike yet she falls short of breaking into the top three wealthiest female soccer players. 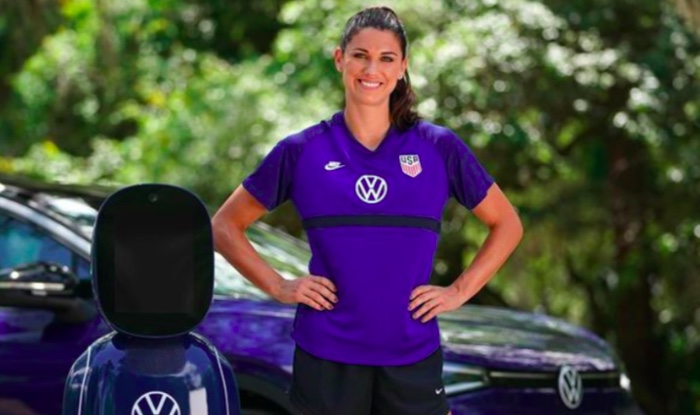 Morgan, who now plays for Tottenham Hotspur in the Women’s Super League, is probably the most famous woman in women’s soccer. Morgan has made her way to the top of the football world and is known all around the world for her incredible exploits on the field.

Morgan’s yearly income isn’t exactly enticing, with a basic salary of about $450,000. In reality, large endorsement deals with Nike, Coca-Cola, and McDonald’s account for the majority of her earnings. She is one of the highest-paid female athletes in the world.

Morgan is without a doubt the most marketable player in soccer since she has the most Instagram followers of any female footballer. 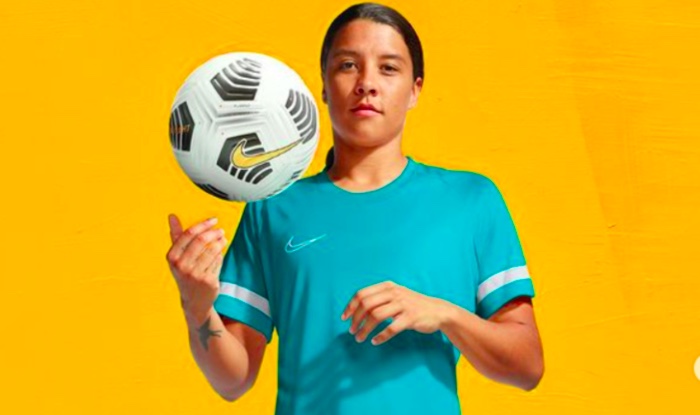 Kerr has represented Chelsea on a lucrative deal. Her contract is for $410,000 a year, according to sources, however, there are some differences over the exact sum — with other reports claiming a $500,000 deal. 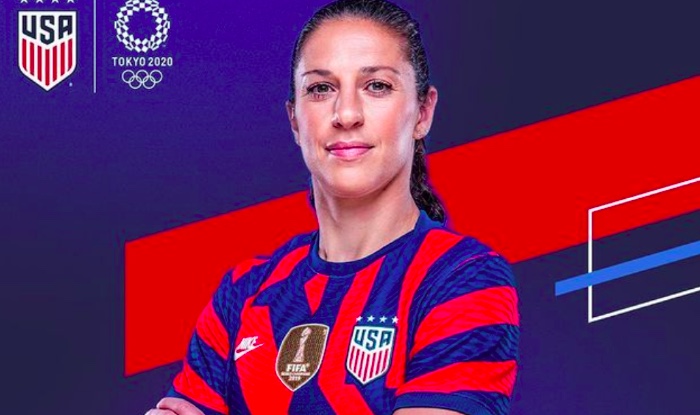 Lloyd is the highest-paid female footballer in the world, and no one can argue that she is deserving of the distinction. Since her debut in 1999, the Sky Blue FC standout has been a foundation of reliability and one of the finest players in the world.

Lloyd is most known for her amazing record with the United States national team, but she has also demonstrated her talent on the grandest of stages. She has an amazing 123 goals in 294 international games.

Her yearly pay of $518,000 is not comparable to that of an all-time great, but she does lead the list of the richest female soccer players.

As of 2023, Carli Lloyd’s net worth is $3.3 million. She is the highest-paid female soccer player.