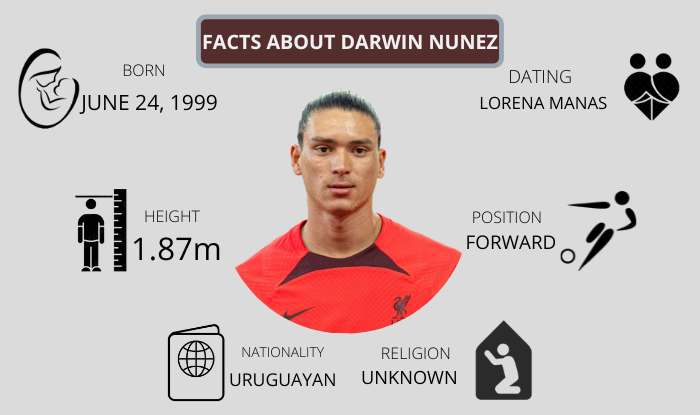 Darwin Nunez is the Uruguayan professional footballer who currently joined Premier League club Liverpool FC. He plays as a forward for both his club and the Uruguayan national football team. As of 2022, Nunez is 23 years old and considered one of the best young forwards in the world.

Darwin Nunez was born on 24 June 1999 in Artigas, Uruguay. He is from a poor family where his mother was a hawker of milk bottles.

With this background, it was difficult to make big dreams true but he nailed it. Nunez started playing football for a local club. As a child football player, he developed his skills at the local club and then decided to move to the capital city.

Darwin Nunez made his debut for his first club Peñarol in 2017. He scored his first professional goal on 13 October 2018. He has been facing injuries from his youth career where he went throw knee surgery two times.

Nunez joined Spanish Segunda División side Almería after leaving his first career club. He scored his first goal for the club in October 2019.

In September 2020, Nunez joined the Portuguese club Benfica after signing a four-year deal with the club. The club paid its highest ever €24 million for the deal.

Nunez played for Benfica for two seasons and then he joined one of the best football clubs in the world Liverpool FC. The club signed a deal of a €75 million fee plus €25 million in add-ons.

Darwin Nunez made his debut for the club on 21st July 2022 and scored his wonderful debut hat-trick (four goals) vs RB Leipzig. He silenced his critics with a remarkable entry where he just made a wonderful start. 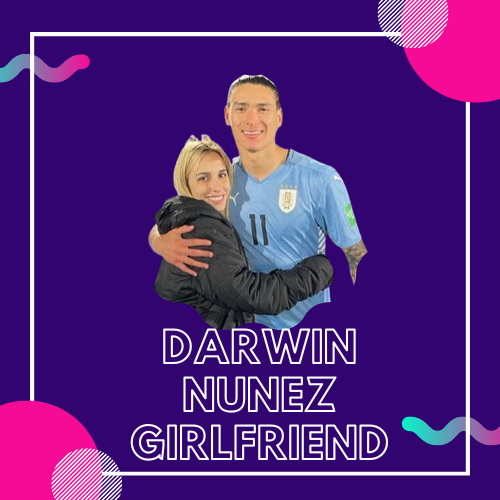 The young Uruguayan forward is currently dating Lorena Manas. The couple announced the birth of their first child in 2022 who is also named Darwin.

After his deal with Liverpool FC, Darwin Nunez’s net worth got a big spike upward. His estimated net worth is $7 million as of 2022.