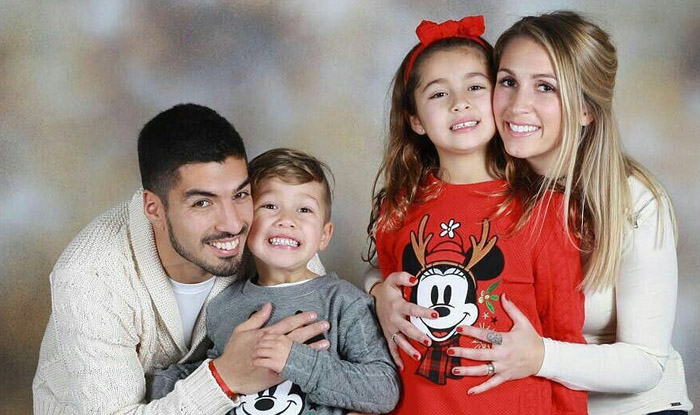 Who is Luis Suarez?

Suarez is one of the best footballers Uruguay ever produced. Along with the legendary football player Lionel Messi, he has helped a lot in winning many big games like El Classico. Let’s see how Luis Suarez’s Wife has helped him in becoming a professional soccer player.

After a bad season in 2019-20 at FC Barcelona, he was transferred to the Spanish football club Atletico Madrid.

Who is Luis Suarez’s Wife?

Suarez was married to Sofia Balbi in 2009. She is a young cute and extraordinary woman from Uruguay. She was born on 10 November 1989 in Uruguay. Like many other successful football players and celebrities, Suarez was also a young hard-working young boy. He is not from a royal family.

Suarez is a gifted footballer who is talented enough. Sofia Balbi and Suarez first met when he was 15. According to him, she is the one who encouraged him and strengthens him in becoming a professional soccer player who now has a $71 million fortune.

It is wisely said that women make a man’s life. In Luis Suarez’s case, we see the result of a wise women’s company. She not only changed Suarez’s life but also his behavior. He was considered one of the most aggressive football players in the world some years ago.

His biting incident is a popular controversy among football fans. Sofia has played a vital role in changing her husband’s behavior and now the result is here he is now famous for his goals and football skills, not for biting and misbehaving.

How many Children Luis Suarez has?

Suarez has a complete family with a beautiful and decent wife and three children. The family often shares their photos on social media. They enjoy life fully. Many times we have seen Luis Suarez’s wife and children in the stadium to support their hero’s team. In her Instagram profile, Sofia has shared her photos with Lionel Messi’s wife and children while supporting the FC Barcelona match. Luis Suarez’s children are Delfina Suarez, Benjamin Suarez, and Lautaro Suarez.