Who are the Best African Footballers? It’s a great question because, from Cameroon to Congo, from Mali to Algeria, and South Africa to Uganda. There were quite a few footballing sensations that lit up this year. And I know you want to check out which footballers have made it into my top 10 greatest African footballers of 2022! 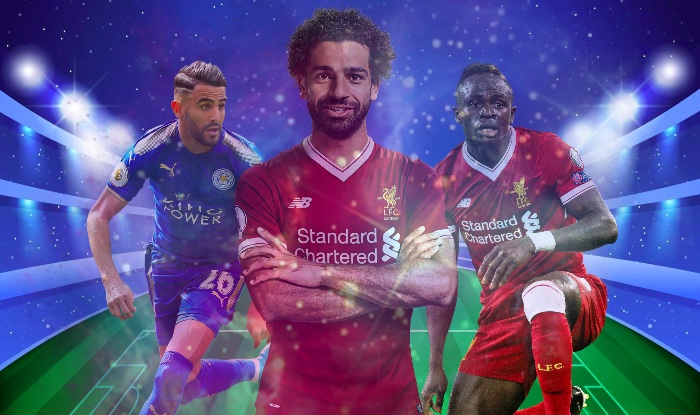 Best African football players are a reflection of Africa’s wealth. However, the beauty of these players lies in the fact that the continent has many gifted and talented footballers who have the potential to claim a place for themselves in the annals of history.

The sport of football has a strong global following which is evident by the obsession with the sport. Also, the game that’s termed the world’s most beautiful game boasts of having millions of ardent fans who are spread across the globe. The continent of Africa is no exception as African footballers have also been able to impress their fans with their exceptional footballing abilities in recent years.

The below-mentioned top “African footballers” have made their mark worldwide. They are among the best in the business, as they have an incredible technique with the ball. And they score multiple goals in a single game. 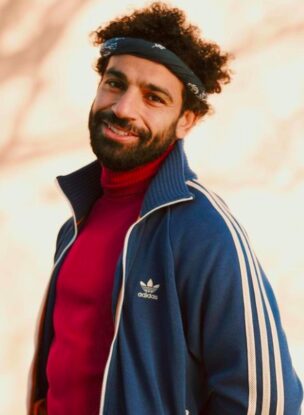 It’s not easy to describe the feeling of waking up every morning knowing that you’re, hands-down, THE BEST AFRICAN FOOTBALLER. And that’s exactly what Mohamed Salah has had to deal with for years now.

The Egyptian international is the reigning African Player of the Year. And a former African Cup of Nations champion, tearing it up in the Premier League this season. He’s the leading goal scorer with an unbelievable amount of goals, and he’s looking good doing it. He’s also on a hot streak internationally, scoring 45 times in 74 matches. Who knows what he’ll do next.

But all that is old news. We’re looking ahead here! The real question on everyone’s mind is: will he lead Egypt to victory at the 2022 AFCON tournament? 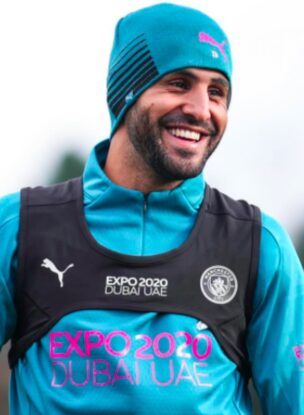 We’re just going to get this out there now: Riyad Mahrez is one of the best football players in Africa.

In fact, that’s a pretty low bar for the Algerian international, who is one of the best-attacking midfielders in the entire world. The man knows how to score goals. And he’s been doing it for years—since 2013 when he was playing for Leicester City. He scored 17 goals and assisted 10 more in 36 appearances that year.

That’s what happens when you have an incredible work ethic and great skills on the ball. And even though his stats dipped a bit with Manchester City this season (he played more of a midfielder role than as forward), it’s clear that he can still help a team win games. He scored six times and assisted 10 more in 43 appearances during the 2018-2019 season.

Riyad Mahrez’s late 79th-minute goal in the quarterfinals of the 2019 African Cup of Nations is one of his best performances to recall. The semifinal match would go into extra time if he didn’t get a goal. But then Mahrez took a shot from outside the box and made it into the upper left corner. This gave his team a 2-1 win!

The thing about Mahrez is that even if he doesn’t have a killer season stat-wise, it always feels like he’s making a difference on the field. That’s why people are so excited to see him in 2022—they want to see his magic on full display in what will probably be a World Cup hosted by Qatar. 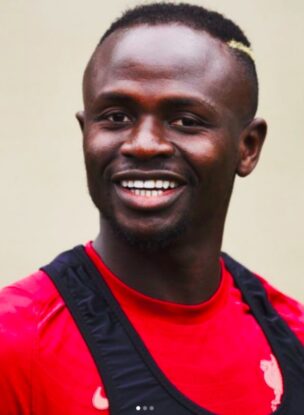 Let’s discuss one of the best African footballers in the world. His name is Sadio Mane, and he plays for Senegal.

Sadio Mane is a forward. He started his career with Metz. And then moved to Red Bull Salzburg before joining Southampton, who then sold him to Liverpool.

Sadio Mane has great attacking form. In fact, since 2015, he has scored seven goals in 11 matches for Senegal. His ability to attack is excellent—he’s very good at dribbling and passing the ball. But what really makes him stand out is his speed. He has excellent speed, and he can use it both on offense and defense. We’re not sure what his top speed is. But it’s gotta be pretty fast because he’s able to get from one side of the field to another very quickly. And is incredibly hard for defenders to catch up with.

He also has great footballing skills. In addition, he has excellent control over the ball. So he can help his team maintain possession for long periods if need be. 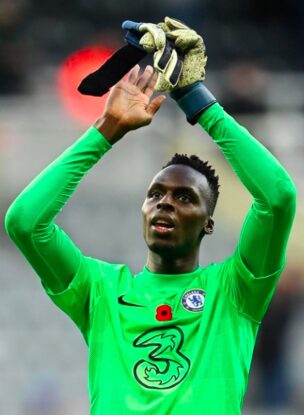 Boy, we’re just pumped. Seriously. We may have to start a new word for how psyched we are to talk about Edouard Mendy. Because there’s probably no word in the dictionary that comes close to capturing how much we’re looking forward to seeing what this guy can do when the competition starts up again in 2022.

What does he do?

Well, for starters, he’s a goalkeeper. This means he’s gotta be good at keeping the ball out of his own net—which is one of the hardest things there is in soccer, so good on him! It’s also important that you’ve got other people in your team who can cover you when you’re not directly involved in the play (or “off-screen,” as they say in soccer lingo), and Mendy seems like an excellent teammate. For example, he helped push Senegal to the final of the 2019 competition, thanks largely in part to his strong work as a goalie.

And then, of course, he has his own strengths. He is among the top five goalkeepers by several reputable sources in 2022. And is currently being hailed as one of the best Premier League players since arriving at Chelsea in 2020. 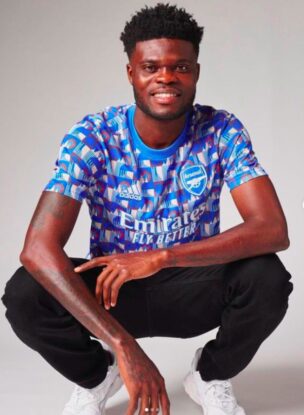 Ghanaian midfielder Thomas Partey’s name may not sound familiar. But he’s been making some serious waves in the Premier League and the international scene. So consider this your fair warning: He’s going places.

Partey is 28 years old and currently plays for Ghana’s national team. He also plays for Atlético Madrid in Spain, where he has hugely succeeded. The Spanish club is one of the most storied teams in world football. And Partey is a big reason they’re on track to reclaim their spot as a power player in the sport.

The dude was just named the Most Valuable Player of the season, which is huge because he wasn’t even a starter when the season started; he got his shot because another player got injured, and he took it—and ran with it (literally). He was also named as one of the most valuable players throughout the whole season, according to WhoScored. Thomas finished 2nd overall in tackles per game and 3rd overall in successful dribbles per game—no small feat! 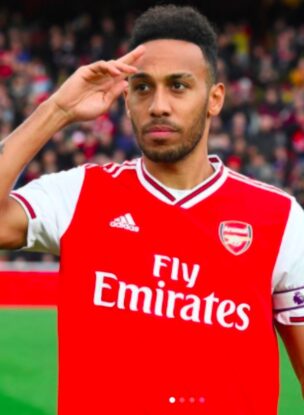 It’s a common story: a player gets frozen out of their team and has to start over. So they get sent to the bench or the reserves, and before long, the whole country starts talking about them being kicked off the squad and wishing they could leave.

In this case, though? It’s Pierre-Emerick Aubameyang. He’s one of the best African footballers in the world. He was playing for Arsenal in England, and he got kicked off their starting roster by his manager Arsène Wenger.

So now Aubameyang plays for Gabon, and he still is their #1 forward—and the entire nation relies on him. He has been called “The Gabonese Messi,” and it’s easy to see why: although he plays more of a striker position on the pitch than Messi does, they have similar styles of play. They both have incredible speed and agility, which allows them to dance around defenders and get off shots from anywhere on the pitch.

Football fans are looking forward to seeing him in key matches when it comes time for the 2022 World Cup qualifiers. 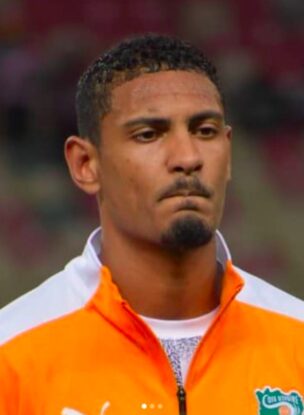 Haller is a rising star in the world of European and African football. But it wasn’t always that way.

Before Haller started playing for Ivory Coast, he was just another guy who looked like he might not make it. He didn’t have the best teammates and was given little playing time on the U-16 team. But soon, Haller got his chance to shine—and boy did he ever! He scored an incredible 10 goals over his six Champions League group-stage matches and 12 in 17 Eredivisie matches. Considering only the best teams in the world play in the Champions League, those are pretty impressive numbers.

And, shockingly, he hasn’t slowed down at all; in fact, people are saying that he may even be better now than ever before. The world is watching Haller right now as he prepares to play in 2022’s World Cup. Everyone is excited to see if he can continue improving and becoming one of the greatest African footballers of all time! 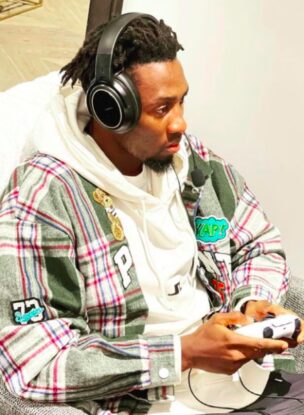 People know Wilfred Ndidi as one of the best African footballers to play the game. But his journey hasn’t always been easy.

This season, he’s been a key part of Leicester City’s surprising success, averaging nearly four successful tackles per match and earning starts in every single Premier League game. His efforts have also caught the eye of Nigeria, who named him to their World Cup roster for this summer.

But before Ndidi found success on these shores, he was playing his trade in Nigeria, where he grew up playing football in the streets with friends during his free time.

Before long, the promising young Player had attracted the attention of local clubs and scouts. He eventually chose to join the youth academy at Wikki Tourists FC in Katsina State, where he spent three years honing his skills before signing a contract with the English side Genk in 2013. 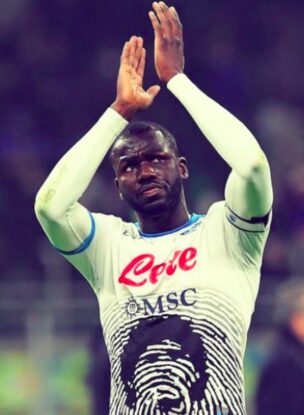 Oh, come on. You know you do! The Senegalese defender who single-handedly turned Napoli from a lackluster team into winners and one of the most feared squads in all of Europe?

Well, guess what! He’s back—and he’s better than ever. Not only has he re-signed with Napoli for $300 million. But he’s also getting ready to play in the 2022 World Cup!

And as if that weren’t enough good news, his presence on the field alone is enough to boost his team to victory regardless of how well they’re playing or how much they’re trailing. It’s almost like he has a superpower or something… 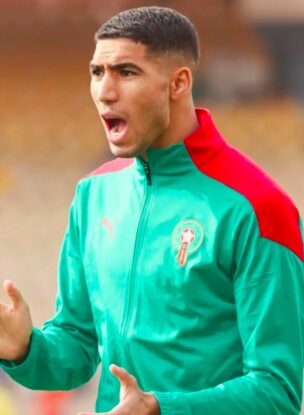 If you’re into football, you can’t have missed the rise of Achraf Hakimi.

One of the best young talents in Africa, he has already played 41 international matches over his short career—and that’s not to mention the hundreds of club matches he’s played in as well.

His position is right back, and he plays for Inter Milan. However, he’s been earning a move to PSG—a big-money move. So we’re sure he’ll get plenty of exposure over there at one of the most storied clubs in football history.

In addition to his appearances on the field, Hakimi has also become a fixture in the Morocco lineup during the past few years. He played every minute of his team’s run to the knockout stage of AFCON 2019.

On top of all that, it looks like he’s got an excellent shot at making Doha 2022 for Morocco as well. It just goes to show how far hard work and dedication can take you!

Well, that does it for our list! The African continent is a veritable gold mine for football. And if you’re not watching, you’re doing yourself a major disservice. While there are other African players that are worth your time, the 10 players on this list represent some of the best in Africa. The beauty of African football is talking about some of the best strikers, midfielders, and defenders in world football. So guys, let’s appreciate these players for who they are – the best!