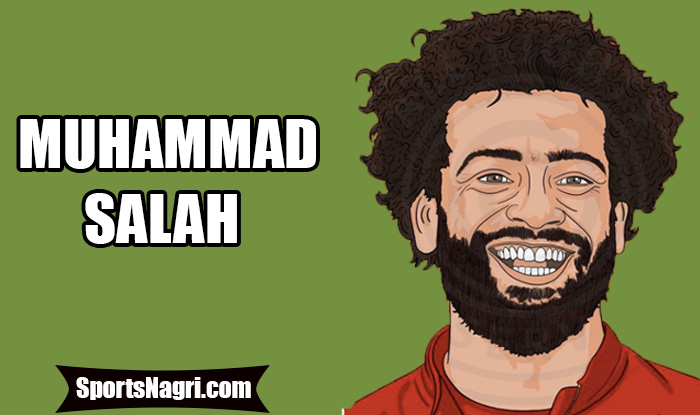 Mohamed Salah is an Egyptian professional football player who plays for the Egypt national football team and one of the most popular football clubs Liverpool FC. Salah is one of the best footballers of the era. He is well known for his great speed, dribble, and skills. Mohamed Salah’s net worth is more than $72 million which includes his salary and other sponsorship deals with some of the famous products. Salah plays as a forward in both of his national and club teams.

In this modern era of football where football players are most followed by celebrities on social media. Salah is also one of the most liked and followed footballers of the time. On the national side, his country has a craze for football like many other African countries. In his country, he is one of the most respected and honored personalities.

Mohamed Salah was born on 15 June 1992 in Egypt. Salah started his senior career with the Cairo club El Mokawloon in the Egyptian Premier League in 2010. On 10 April 2012, he joined the football club, Basel. He spent 2 seasons with Basel and then on 23 January 2014 he was transferred to one of the best English football clubs Chelsea FC. During his stay at Chelsea, he was loaned twice to Fiorentina and Roma.

In 2015 he made a permanent deal with Roma. After playing one season with Roma, on 22 June 2017 he made a deal with Liverpool FC. Salah is now surely one of the best players in Liverpool history. He has played a vital role in winning his team in different big titles like the UEFA Champions League.

Mohamed Salah’s life is also full of wife’s and children love. He was married to Magi Salah in 2013. Magi is a Religious woman who supports her husband a lot. The family is very happy and they have a cute baby named Makka Mohamed Salah. Both his wife and daughter often come to the stadium to support their hero.

27 years old Egyptian football star Mohamed Salah is one of the best and most popular players of the era. He is well known for his playing unique style and skills. We can see him in the list of best football players of the era among top footballers of the world. Salah has won some of the most iconic awards like the Golden Boot.

Leave a Review about Mohamed Salah Net Worth