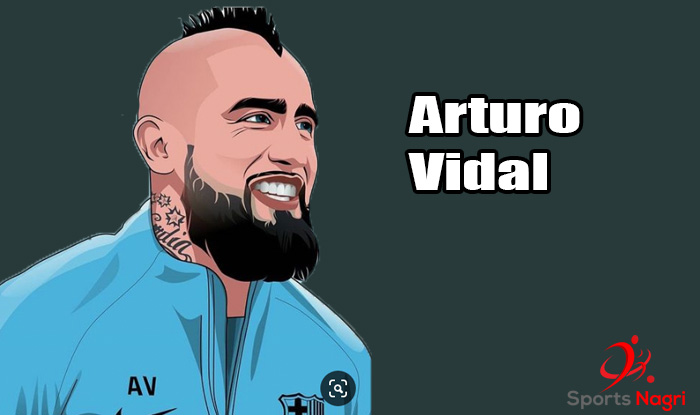 About Arturo Vidal Net Worth

Arturo Vidal is a popular Chilean professional football player who plays for Series A club Inter Milan as a midfielder. Vidal is one of the best soccer players in his country.

The midfielder has played with some of the best football clubs of the world including FC Barcelona and Juventus FC. Arturo Vidal’s net worth is more than $17 million which is estimated and contains Arturo Vidal’s salary and all other sources of income like advertising of brands etc.

He is one of the highest-paid Chilean footballers of the era. Vidal has a unique hairstyle that is popular among his fans around the world.

Arturo Vidal was born on 22 May 1987 in Santiago, Chile. As a child footballer, he was very talented. His uncle identified Vidal’s talent and potential. He suggested Vidal play football professionally. He joined a local club team to move a step further to become a professional football player. His club career starts in 2006 with the football team Colo-Colo. Vidal performed very well and soon he was the demand for some other football clubs.

In 2007 Vidal joined Bayer Leverkusen football club. In the 2011-12 season on 22 July 2011, he joined the Series A club Juventus FC for €10.5 million. He made his debut at Juventus on 11 September 2011. Vidal played for four seasons with Juventus. By returning to Bundesliga on 28 July 2015 he joined one of the popular Bundesliga teams Bayern Munich FC. Vidal played here for three-season and on 6 August 2018, he signed a contract with Spanish club FC Barcelona.

Arturo Vidal was married to Maria Teresa Matus in 2009 and they remained in a relationship till 2019. In the 2019 La Liga celebrations with Barcelona, he was found with his new girlfriend Sonia Isaza. Before that, there were rumors about their relationship, and that was proved true that day. Vidal has two children Alonso Vidal and Elisabetta Vidal.

Arturo Vidal is one of the most popular Chilean football players of the era. After playing with Juventus and Bayern Munich in his career now he plays for FC Barcelona. His net worth is more than $17 million which stands him among the expensive and highest-paid Chilean football players of the era. On his international site, he has played some of the mega-events with his national team.