Pep Guardiola is another one of the most successful football managers of the era. He is a former Spanish professional football player. Currently, he is serving as manager for Premier League club Manchester City FC. Pep Guardiola’s net worth is more than $40 million. He is one of the highest-paid football managers and is considered one of the most successful ones. During his service, Manchester City has won consecutive Premier League seasons. 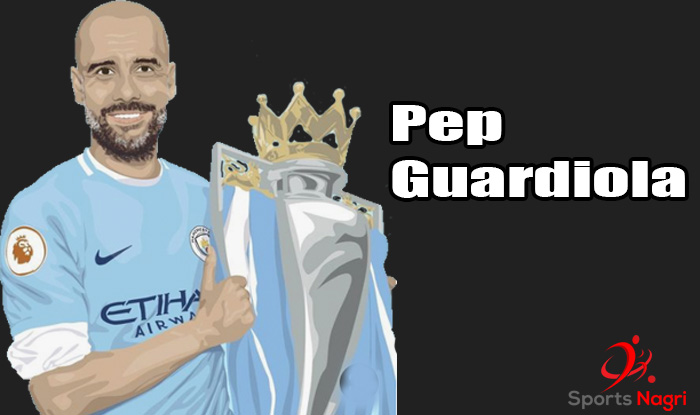 Pep Guardiola was born on 18 January 1971 in Santpedor, Spain. As a football player, he spent most of his career with FC Barcelona. He was a technically gifted midfielder who had great skills and abilities. After leaving Barcelona in 2001 at the age of 30, he joined Series A team, Brescia. He is considered one of the best midfielders of his generation. Many of the football legends accept him as the most technical and gifted manager of all time.

As a football manager, he was much successful than a midfielder player. On 21 June 2007, he was appointed as FC Barcelona U19 coach. He spent four seasons with FC Barcelona. On 16 January 2013, he joined Bayern Munich as manager. His achievements were remarkable therefore, he was a focus for many of the famous football clubs. He joined Premier League football club Manchester City FC on 1 February 2016. His tactics are unique and wonderful. He handles the team in his own ways.

Pep Guardiola is currently married to Cristina Serra in 2014. He has three children Marius Guardiola, Maria Guardiola, and Valentina Guardiola. The family often comes to support there hero’s team.

Pep Guardiola is undoubtedly one of the greatest football managers of all time. He played for FC Barcelona and Spain national football team as a midfielder. Pep Guardiola is more famous for being a successful manager. His net worth is more than $40 million which includes his salary and other bonuses.