Here are the tallest NBA players in history. 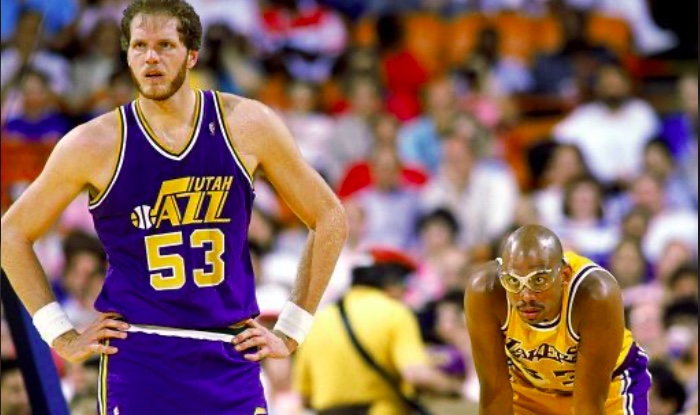 Mark Edward Eaton was a professional basketball player in the United States who played his whole career with the NBA’s Utah Jazz.

He was elected NBA Defensive Player of the Year twice and was a five-time member of the NBA All-Defensive Team after being named an NBA All-Star in 1989. Eaton, who is 7 feet 4 inches (2.24 meters) tall, is one of the finest defensive centers in NBA history and one of the world’s tallest basketball players. 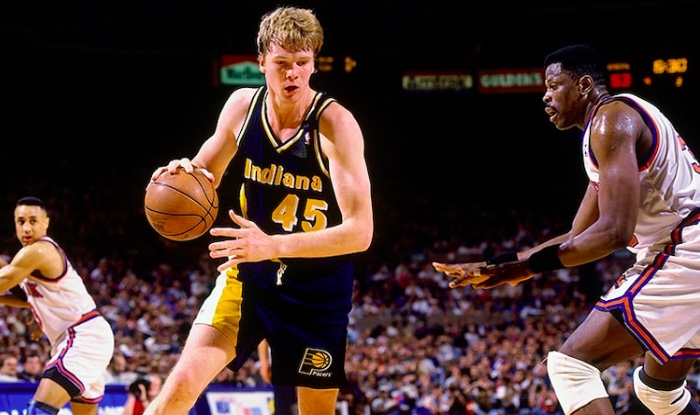 Another giant, Rik Smits, popularly known as “The Dunking Dutchman,” is a retired professional basketball player from the Netherlands who spent his played for Indiana Pacers in NBA throughout his career.

The Pacers selected the 7-foot-4-inch center with the second overall choice in the 1988 NBA draught out of Marist College. Smits has also represented the Netherlands at the senior level. He competed in the 1986 FIBA World Championship and the 1987 EuroBasket. 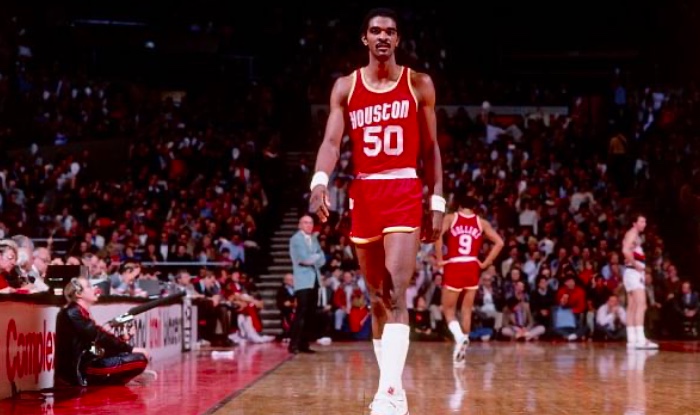 Ralph Lee Sampson Jr. is a former basketball player from the United States. He is a Naismith Memorial Basketball Hall of Fame inductee.

Sampson arrived in the NBA with high expectations as a 7-foot-4 prodigy, three-time College Player of the Year, and a first-round pick in the 1983 NBA draught. For his first three seasons with the Houston Rockets, Sampson was the NBA Rookie of the Year, averaging 20.7 points and 10.9 rebounds before injuries took their toll.

Sampson with his gigantic height of 7’4 is regarded as one of the tallest NBA players of all time. 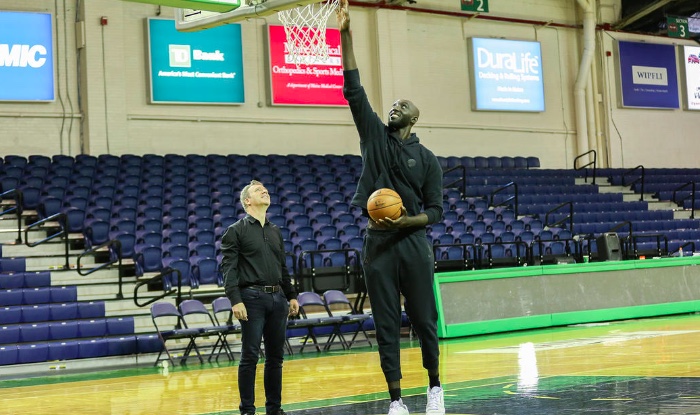 Fall was born and reared in the Senegalese capital of Dakar. Fall is the current NBA’s tallest player and one of the world’s tallest people. Without shoes, he stands at 7’5″ tall. 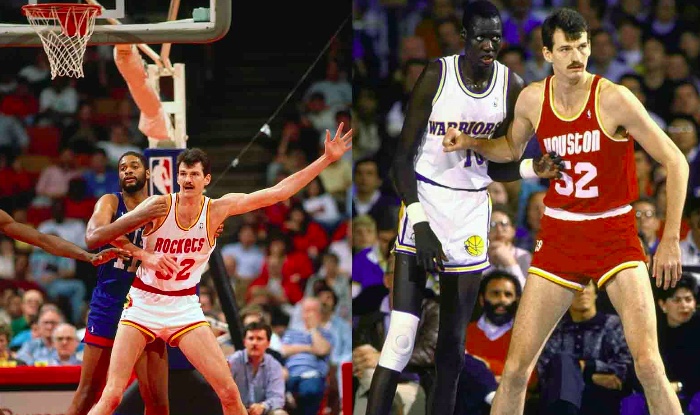 Most renowned for his towering stature, Charles Goodrich Nevitt aka Chuck E is a former professional basketball player from the United.

Nevitt played for the Houston Rockets, Los Angeles Lakers, Detroit Pistons, Chicago Bulls, Fulgor Libertas Forl (Italy), and San Antonio Spurs throughout his career. He played center in the NBA for nine years and is still one of the tallest players in the league’s history at 7 feet 5 inches. 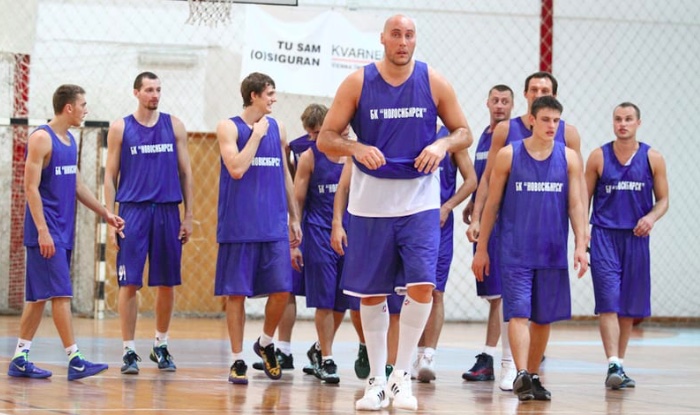 The Russian former basketball player Pavel Nikolaevich Podkolzin with a height of 7’5″, is one of the NBA’s tallest players. He was previously a member of the NBA and the NBA Development League.

Podkolzin had earned the silver medal at the 2000 European Cadet Championship as a member of the junior national team of Russian basketball. In his first two Las Vegas Summer League Revue games, Podkolzin averaged 6.0 rebounds in 14.0 minutes. He stands 2.26 meters tall at the center position. 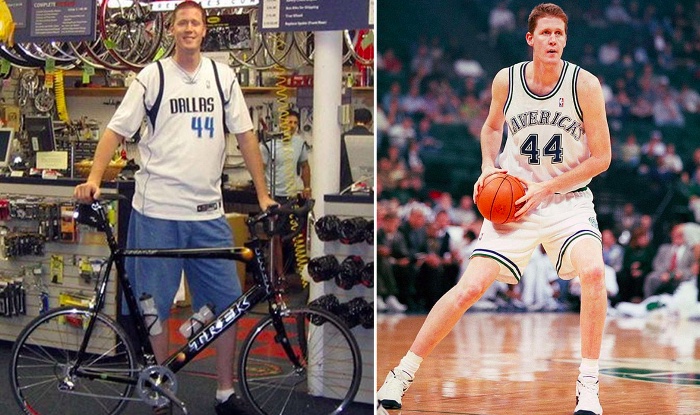 Shawn Paul Bradley is a former NBA center with the Philadelphia 76ers, New Jersey Nets, and Dallas Mavericks. Bradley was born in the West German state of Landstuhl, stationed with his family at the U.S. military post, and grown-up at Castle Dale, Utah.

Bradley was erratic in terms of scoring and rebounding for much of his career, but he was always good at blocking shots. He possesses both U.S. and German citizenship. Bradley, aka “The Stormin’ Mormon,” was 7 feet 6 inches tall and was one of the NBA’s tallest players. 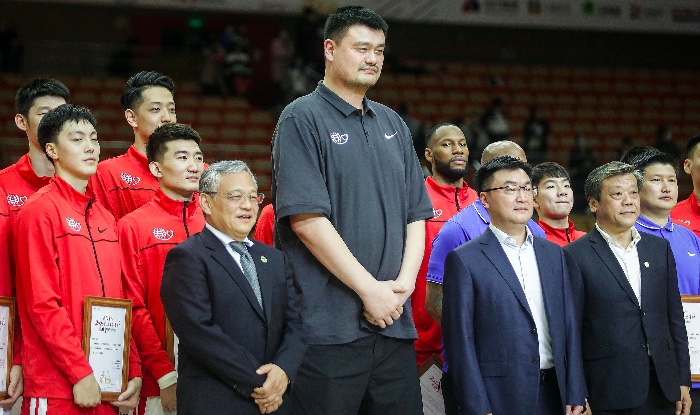 Yao Ming is a former professional basketball player and basketball executive from China. He started the NBA All-Star Game eight times for the Western Conference and was named to the All-NBA Team five times.

The Year of the Yao was a documentary film about his first year in the NBA, and he co-wrote Yao: A Life in Two Worlds with NBA analyst Ric Bucher. At 7 ft 6 in, Yao was one of the NBA’s tallest players.

A former professional basketball player from Romania, Gheorghe Dumitru Mureșan is better known by his nickname “Ghiță,”. He was a national champion in 1992 while playing competitive basketball for Universitatea Cluj.

During the 1992–93 season, he played professionally in the French league with Pau-Orthez, where he was an immediate fan favorite and won the French League Cup.

In the 1993 NBA draught, he was chosen by the Washington Bullets. From 1993 to 2000, he played in the NBA, displaying promise of a bright career that was cut short by injury. He shares the title of NBA’s tallest player with Manute Bol, standing at 7 feet 7 inches. 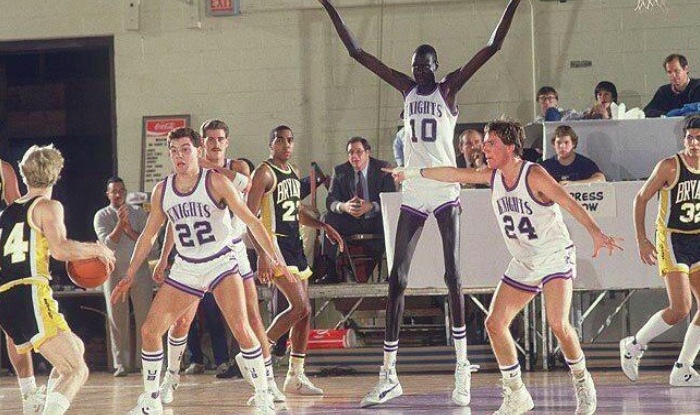 Manute Bol was a professional basketball player and political figure from South Sudan. Bol was picked in the 1985 NBA Draft by the Washington Bullets following the play in college basketball for the Bridgeport Purple Knights.

During his NBA career, which spanned from 1985 to 1995, Bol played for the Bullets and three different teams. As a center, Bol is one of the finest shooters in the history of the sport and the only NBA player who may withdraw with more shots blocked from his career than scores.

By 2020, in block shots per game and 16th in total blocked shots in NBA history, he had finished second. Bol, who was 7 feet 7 inches tall, was one of the NBA’s all-time tallest players. 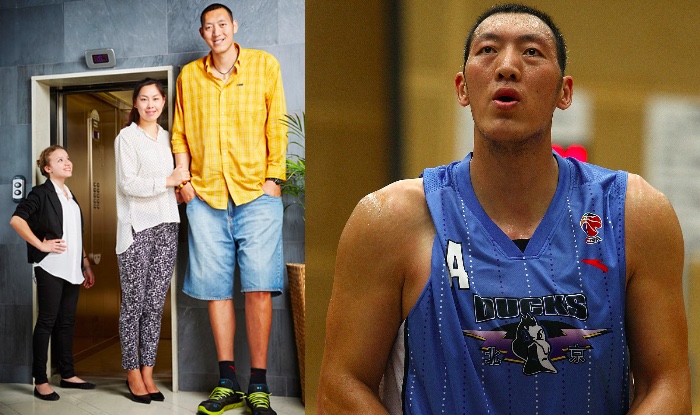 Sun Mingming is a Chines former professional basketball player and actor. He is the tallest basketball player in history. Sun was born in a small town in China. His height was growing unusually from his younghood. At the age of 15, he decided to play basketball. He made this decision because of the value of a tall-height player in basketball.

Sun Mingming was drafted by the Harlem Globetrotters in the NBA in 2007. They never include him in the squad, only to take a record of drafting the tallest basketball player ever, they just drafted him.

Answers to Your Queries

Who is the Tallest Basketball Player in the World?

According to the latest updates, Sun Mingming is the tallest basketball player in the world.

Who is Currently the Tallest Player in the NBA?

As of 2022, Tacko Fall is the current tallest player in the NBA. His height is 7 feet 6 inches.

How tall was Yao Ming?

What is the Height of the Tallest Basketball Player in the World?

The top 10 tallest basketball players ever are: