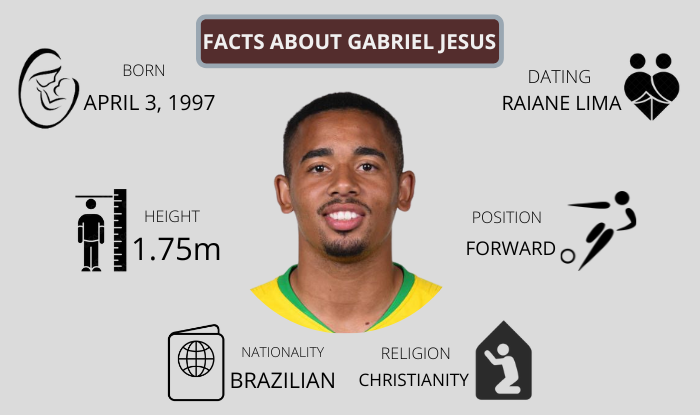 Gabriel Jesus (Full name: Gabriel Fernando de Jesus) is one of the most famous footballers in the world right now. He is the Brazilian superstar who dominates the European stage. He was born in Sao Paulo on April 3, 1997.

The right-footed player is a center forward who plays for Premier League Club Arsenal and the Brazil National team. Gabriel has officially moved from Manchester City to Arsenal for a reported £45 million.

He is a talented forward with great adaptability who can play in several attacking situations.

Gabriel was raised in critical circumstances in Jardim Peri, a neighborhood on the outskirts of So Paulo. He came from a single-parent household and was the youngest of four kids.

Being the youngest child in the family does have many benefits. Gabriel’s reason was very different. While still permitting him to hustle in the streets, his mother imposed discipline on him. His father had no involvement in the boy’s upbringing because he had abandoned his mother for another woman.

Gabriel liked playing football as a child and envisioned as a professional player someday. He started off playing as a street footballer before joining local amateur clubs.

Father: His father’s name is Diniz de Jesus. Diniz left Gabriel and his siblings and fled with his lover.

Mother: Gabriel’s mother is Vera Lúcia Diniz de Jesus. She has a significant role in the life and career of this young footballer. Vera Lucia, who previously worked as a maid in their area, did an excellent job in raising her four children.

Siblings: He has three siblings. He has one sister, Emanuele, and two brothers Filipe Jesus, and Caique Jesus.

Girlfriend and children: The player dated Fernanda Queiroz in 2018. Fernanda is a native of Brazil and works as a model there. Fernanda is also a social media influencer on numerous websites. Later, Jesus’ relationship with his girlfriend ended. His current girlfriend is Raiane Lima. Jesus, a forward for Arsenal, just revealed the birth of his daughter with partner Raiane Lima. The first child was born to the Brazilian international and his girlfriend, whom they named Helena. 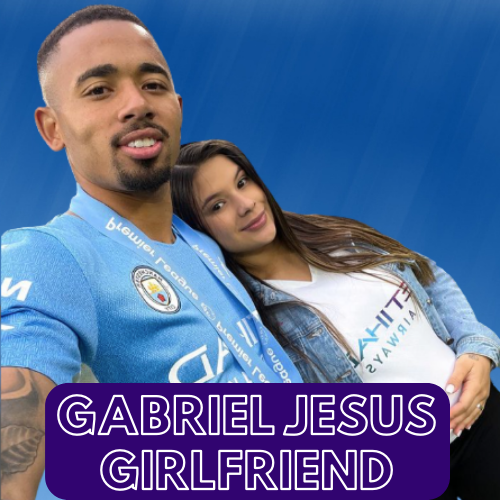 The Brazilian star seems to be a fan of tattoos. He has numerous tattoos on his body. He has 16 tattoos total, all of which have significant meaning. His mother is portrayed in the first tattoo on his left shoulder. It symbolizes his enduring love for his mother.

He hails from a religious household. Gabriel belongs to Christianity.

Gabriel turned street football into his vocation. Gabriel was more accustomed to playing Central Midfield than attacking as a young child at age five. He had a reputation as a speed maniac when he was young. After the 2002 World Cup, Jesus switched over to the attacking position.

When he scored 29 goals in a local under-15 tournament for an amateur club, he caught the eye of some of the bigger teams in the area.

He joined the youth academy of Palmeiras when he was eight years old. At age 17, he made his championship match against Atletico Mineiro. He was a crucial part of Palmeiras’ 2016 campaign, which saw them win their second Copa do Brasil championship and first Recopa Sudamericana.

Brazil’s current favorite thing is Gabriel Jesus. He plays for their preferred club in addition to being a member of the national team. Gabriel is a player who has scored in the Premier League, Champions League, FA Cup, and each season of the League Cup.

Brazil quickly advanced to the finals in Russia thanks to his seven goals in 10 games and five assists during the CONMEBOL qualification for the 2018 FIFA World Cup.

Gabriel Jesus’ estimated net worth in 2022 will be $27 million. This net worth wasn’t solely gained through sports performance, either! The 20-year-old football player has endorsement agreements with some of the most well-known companies in the world right now, including Nike and Gillette razors.