Goalkeepers are often the unsung heroes of a football team. They can steal a match with a single save, or make the fatal mistake that costs their team the game. But which ones are the best? This countdown attempts to create a top 10 based on an objective evaluation of players’ performances over the last and current year (2021-22). While considering age, contract situation, and numerous other factors.

The list below features our choice for the top 10 best goalkeepers in football in 2022. But you might have different opinions. So how did we come to our conclusions? We took into account a variety of factors in determining who are the 10 best football goalkeepers in the world. These factors included things such as their success and consistency at their football clubs. As well as accolades they’ve received from various football magazines, awards, and organizations.

Currently, the ten greatest goalkeepers in the world are: 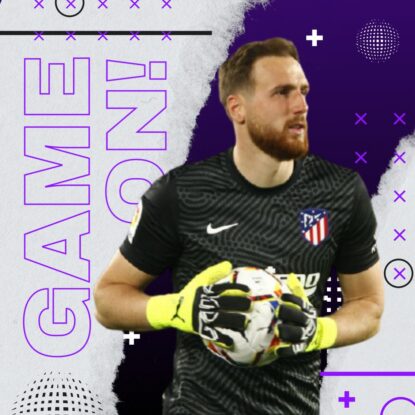 He’s great because he has a special strategy: He’s always ready to make a save, even in pressure situations. His positioning is perfect, and he doesn’t get distracted. He has strong hands, his arms are long, and his reflexes are amazing. Slovenian footballer Jan Oblak is the best goalkeeper in the world, a highly competitive category.

Till July 2022 he has played 378 matches and conceded 378 goals and given 22o clean sheets. This means that his performance was not just measurable on paper (via statistics), but actually noticeable to the naked eye. One could see that he is indeed a top-notch goalkeeper with great reflexes. 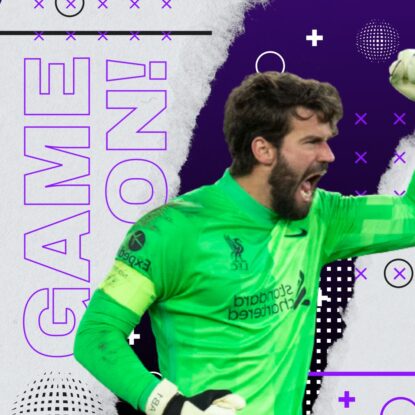 Introduce yourself to one of the greatest football goalkeepers in 2022. Or, if you can’t manage that, introduce yourself to the third most expensive signing for Real Madrid’s men’s soccer team. Becker is 29 years old and from Brazil. He’s arguably one of the greatest players in charge of stopping goals from getting into his net. But that’s just… soccer statistics to most people these days.

Most football keepers can’t match Alisson for his agility, speed, smart positioning, and excellent shot-blocking ability. But there is more. His saving performance is grounded on strong technical skills, attention control, and great anticipation of the incoming ball. 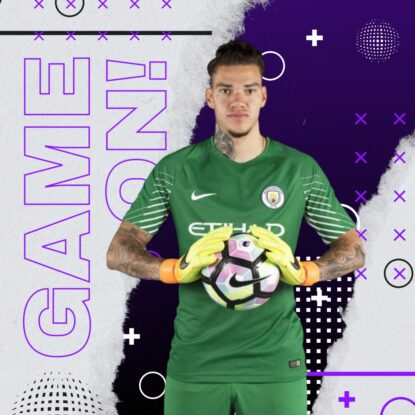 Ederson Santana de Moraes is a Brazilian soccer player. He is best known for playing as a goalkeeper. He plays in the Premier League with Manchester City as its first-choice keeper. Known for keeping clean sheets and making exceptional saves, he was awarded the Golden Glove for best goalkeeper in the 2019–20 Premier League season.

He is a strong defensive organizer. Has good reflexes. Is great at distributing balls to the midfield. He is a leader that is known for his calmness on the field, with leadership skills and an ability to organize in the back.

His save percentage is about 0.7% better than any other in the top five European leagues. While his 174 clean sheets from 364 appearances rank him first in Europe’s top five leagues. What’s more, Ederson has saved 75% of non-penalty shots on target—the best in the world by far. 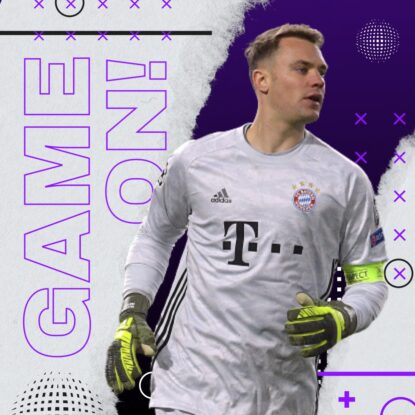 Save the ball. Be a wall. Be Manuel Neuer!

Manuel Peter Neuer is a German professional footballer who plays as a goalkeeper. And captains both Bayern Munich and the Germany national team. He is widely regarded to be one of the greatest goalkeepers of all time.

He is a strong, tall, fast, and agile goalkeeper. Good at dealing with high aerials. Excellent concentration and only make a mistake once every 200 shots on target (0.5% rate). Famous for making blistering long runs to clear up loose balls. An aggressive and piercing style of play makes him a formidable opponent for any striker who faces him. 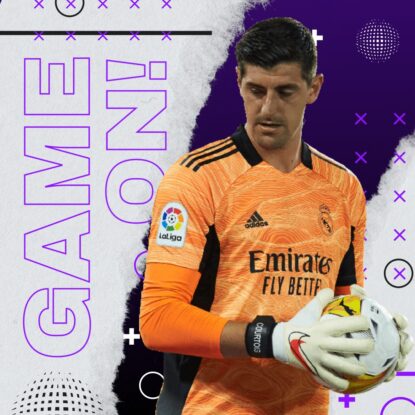 Courtois is a Belgian professional footballer. He plays as a goalkeeper for the La Liga football club Real Madrid and the Belgium national team. Thibaut made his senior debut with Genk in 2008 and moved to Chelsea in 2011. He spent the subsequent three seasons on loan at Atlético Madrid, winning the Europa League in his last. He then signed for Real Madrid, winning the Champions League in his first season there.

The Belgian soccer player who won the Golden Glove in 2018, Thibaut Courtois is known for his excellent reflexes, acrobatic saves, speed when rushing off his line, command of the penalty area, and ability to read and anticipate plays as well as great footwork.

Courtois is gifted with speed and agility, attributes that augment his good goalkeeping capabilities. He can perform acrobatic dives when one-on-one with a striker. As well as when trying to intercept aerial balls from opposing forwards. Although he has been known to go off his line to claim balls, Courtois prefers to remain in the box, organizing his defense and waiting for opportunities to come out and gather crosses or punch the ball away. 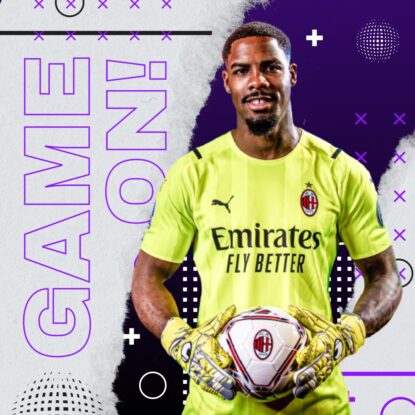 For a team competing for the Champions League spot, conceding just 21 goals from 38 games is incredibly impressive. Just how good was Mike Maignan? Let’s take a look at his numbers. His save percentage of 79.4% is easily the highest among all goalkeepers who have made at least 20 league appearances since the 2014-2015 season. His clean sheets percentage of 21% is also the best out of keepers who have played more than 20 games in the same time span.

He’s been considered the best in the world for years, and he’s not disappointing anyone now. He saves everything in sight and steals points from even the strongest teams. His natural reflexes, his attention to detail, and his ability to stop any kind of penalty are legendary. His focus and discipline are unbelievable. 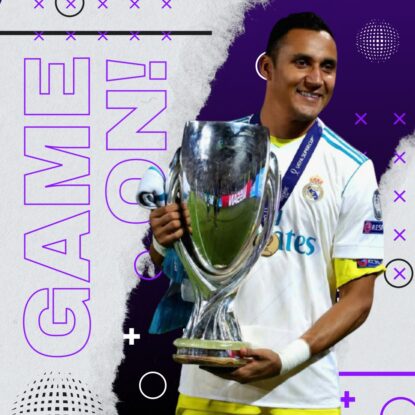 Navas is an exceptional goalkeeper with a world-class reputation. He won the UEFA Champions League with club side Real Madrid. And was known as “The Wall” for his spectacular penalty-saving ability. His incredible performances in the Champions League finals made him one of the most sought-after goalkeepers on the planet, with top clubs across Europe battling for his signature.

Keylor Navas is known for his dare-devil plays and consistency at the goalkeeper position, always saving his team from trying to win a game. He is a player that looks at the ball before it even gets to him, knowing exactly where and when it will be coming. 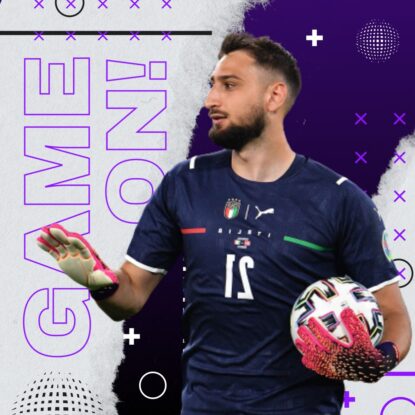 Since making his Serie A debut for Milan at 16, Gianluigi Donnarumma has flashed the potential that is unprecedented in the modern era. Despite his age, he has already broken multiple records and has evolved into one of the best goalkeepers in the world.

His full professional debut was on 24 October 2014, against Sassuolo. The following month he made his Champions League debut in a group stage game against Arsenal, being only the second 16-year-old ever to appear in the competition. In his first season with Milan, he became the youngest goalkeeper ever to win a Champions League match and to win an Italian domestic cup final. He was considered one of the most talented goalkeepers of his generation and received praise from numerous veterans such as Gianluigi Buffon.

He can be used to stop shots from inside or outside the box. His 81.2% save percentage from shots inside the box is the best in the league by a distance. Use him to snuff out high-quality chances and win you points. 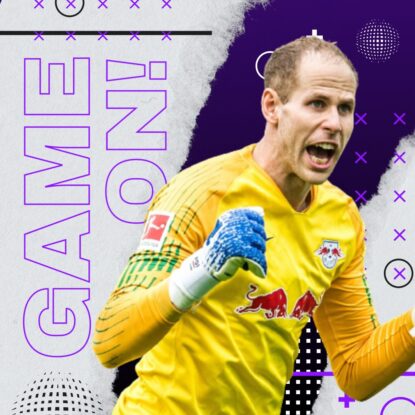 Peter Gulácsi is everything that a goalkeeper needs to be. At 1.91m tall, he’s got the height required to make any bullet of a cross or towering header easy to pluck out of the air; at present, only a handful of players in world football are taller than this global keeper.

He has the reflexes and reactions to make every shot that hits his wall turn into an easy collection; he is quick enough to ensure he can’t be caught off guard by any sort of quick-fire play, whilst at the same time being able to save with his feet should the ball end up in front of him on the floor from any kind of close-range shot.

A formidable goalkeeper who first came to international prominence as a teenager on Hungary’s under-17 team, Peter Gulácsi put on a series of impressive performances at the 2008 UEFA European Under-17 Football Championship and the 2009 FIFA U-17 World Cup. A two-time Olympian, Gulácsi was 19 years old when he debuted for the senior national team in 2008. He went on to make 33 appearances until 2017, including a runner-up place in UEFA Euro 2016.

Marc-André ter Stegen is one of the best goalkeepers in the world. He has a 71.6% save percentage You won’t see him on many highlight reels, but he rarely lets the ball into his net and consistently pulls wins out of the fire for FC Barcelona, which would not be able to compete without him.

When Barcelona needed a new goalkeeper, they turned to Marc-André ter Stegen to not only boost the first team but to represent their values of excellence. His calm, clearheaded nature on and off the pitch gives him a unique grace under pressure – and he has used that to become one of the best goalkeepers in the world.

From the Cruyff turn to the scorpion kick, football has never been more entertaining. But for a goalkeeper, the best moves are the ones an opponent never sees. This list of the World Cup’s best goalkeepers is a compilation of those who have used their heads as well as their hands in securing victory for their nation on football’s grandest stage.

The top ten best goalkeepers in the world in 2022 are: