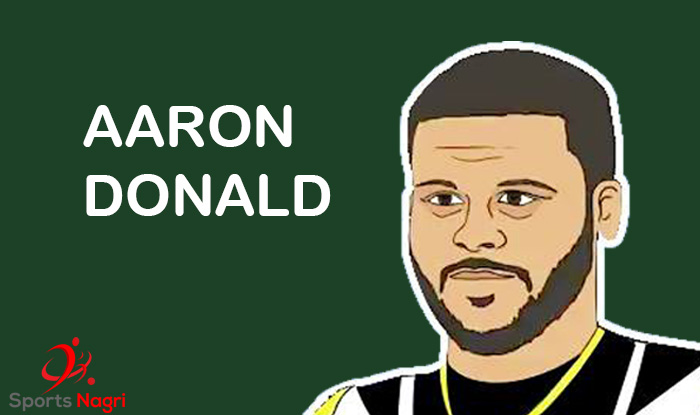 Aaron Donald is a popular American Football player who plays for the Los Angeles Rams of the National Football League (NBA) as a defensive tackle. He set the record for the fastest 40-yard dash time for a defensive tackle with a 4.68 at the NFL combine. Donald was drafted in 2014. He is ranked number 1 in the list of top 100 players in 2019. Furthermore, he has a rich list of titles and awards as a professional NFL player.

Donald’s older brother Archie Jr. is also a football player, but he has not got a much successful career. Donald’s parents were very supportive of him. He always wanted and wished to make happy his parents. After becoming a professional football player he did everything for his father. On his father’s birthday, he gifted him with an expensive Rolex watch. His parents are divorced and were working for their livelihood. After signing his recent extension contract he asked and forced them to stop every kind of work. So his parents stopped working because of a sufficient amount provided by him.

The rams signed Donald to a four-year contract On June 16, 2014. The contract was guaranteed $10.13 million rookies. This contract also offered him a $5.69 million signing bonus. He made his debut as professional on 7 September 2014. As Rams’ starting defensive tackle he started his career in 2015. At the very start of his career, he proved himself as a golden boy for the Rams and helped his team in winning. As a result, he was named NFC Defensive Player of the Week. In the 2016 season, he faced huge fines because of illegal contact with a referee.

Aaron Donald has many other rankings and awards which made his list of awards richer. So, as an NFL player, he has gained a lot of fame around the world. He has social profiles on Facebook, Instagram, and Twitter where fans can follow him.

Leave a Review about Aaron Donald in Below Comment Box