MLB is the most popular baseball league in the world. Though the sport doesn’t give any plus points to a weighted player as basketball does, there are some giants in the league who are tall and prominent among others. 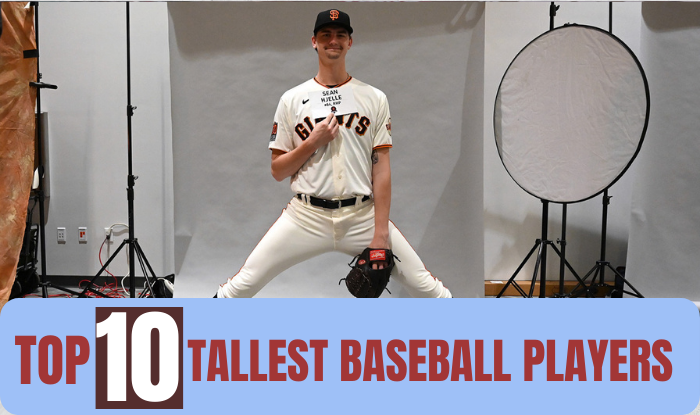 Here are the tallest baseball players in the world right now.

Adam Wainwright is an American baseball pitcher who plays for the  St. Louis Cardinals of the MLB. He is 2.01m tall making him one of the tallest baseball players right now in 2022. He was drafted into the MLB in 2000.

The 2.01m tall right-hand pitcher comes next. Trey Wingenter played for the San Diego Padres in the MLB. Currently, he plays in the Cincinnati Reds organization.

The outfielder for the New York Yankees, Aaron Judge stands out because of his 6feet 7inch height. The right-hand tall batter made his debut in the MLB in 2016.

The 6’7” tall Oneil Cruz is a Dominican professional baseball player for the Pittsburgh Pirates. He bats left and throws right. The giant made his MLB debut in 2021.

Miguel Castro is a Dominican professional baseball pitcher who stands out among the other squad because of his significant height. He is 6. ft 7 inches tall which is 2.01m. He currently plays for the New York Yankees of the MLB.

Tyler Glasnow stands in the fourth position because of his 6’8” height. He currently plays for the Tampa Bay Rays. He bats left and throws right. Tyler Glasnow made his MLB debut on July 7, 2016, for the Pittsburgh Pirates.

Another Yankees former pitcher Dellin Betances stands third among the tallest baseball players in the world. He is 6’8” tall.

The Chicago Cubs’ pitcher Brad Wieck is 2.03m tall. He is currently the 2nd tallest player in the MLB just behind Sean Hjelle who is 6’11”.

The great giant in the MLB is Sean Hjelle. He is a pitcher for the San Francisco Giants of the MLB. Hjelle and the former baseball player Jon Rauch are the tallest MLB players ever.

Tallest Baseball Players of All Time

Here are the tallest basketball players of all time.