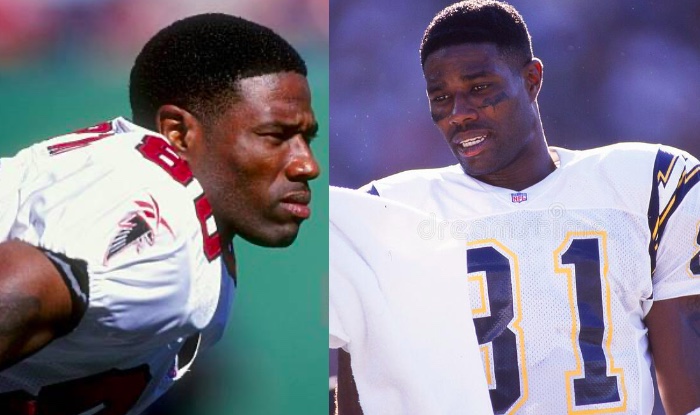 Tony Martin is a former American professional football player who was drafted into the NFL in 1989. He was picked by the New York Jets of the National Football League. The former wide receiver played with the numbers 80, 81, and 89 in his career.

Tony Martin started his high school football for Miami Northwestern and college football for Mesa State. The Miami Dolphins picked him up as a free agent in the next season where he played all of the games of the season. Though he was picked by New York Jets he remained in the practice squad only there. In the NFL he has a record of longest receiver touchdown at 99 yards.

Martin was a very hardworking child in his childhood, he made things possible for him that he could not imagine off but he was not aware of what is waiting for him in the future where a financial controversy will end his career.

After signing a new four-year contract of $14.5 million, he filed for bankruptcy. He was found guilty for everything in the coming days and lost all of his good reputation as a professional American Football player. After prosecutors charged him, The Dolphins dumped him and he lost everything that he achieved in professional life. None of the other teams was ready to touch him because of that controversy.

According to some other sources he had been involved in many other financial frauds including money laundering.

Tony Martin was married to LisaRaye McCoy in 1992, she is a popular American actress. The couple could not survive long and they got divorced in 1994 just after 2 years of their marriage.

Tony Martin’s American Football career was growing rapidly and in less time but unfortunately, his financial controversies became a hurdle in his way of professional success. He started his career with the NFL in 1990 and end up in 2001.