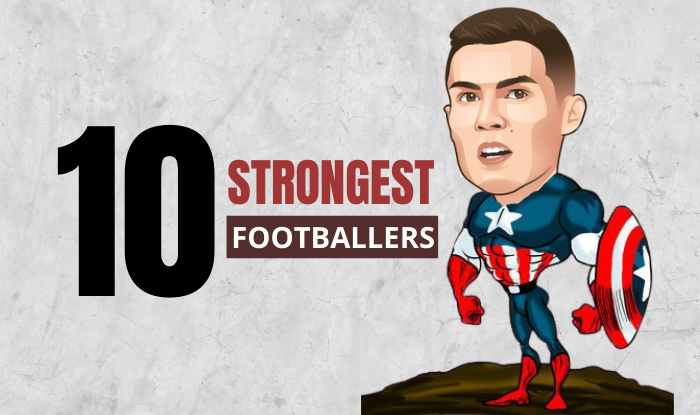 Featuring 10 of the world’s strongest, most muscular, and most jacked soccer players. These active sports stars are also pretty good-looking. No doubt these guys can kick a soccer ball with the best of them. And yeah, they have six packs underneath those soccer uniforms!

Soccer is an exciting and fast-paced game played around the world by both children and adults alike. A key component of soccer is the ability to dribble at opponents, avoid tackles, outmaneuver defenders, and pass the ball into a scoring position. To do this effectively soccer players need to be strong, fast, agile, and have the stamina needed to run up and down a field for ninety minutes.

The world of soccer has seen some incredible athletes over the years. Some have stood out due to their skill while others have become legends due to their physical attributes. This article takes a look at some of the world’s strongest soccer players on the pitch in 2022.

Top 10 Strongest Soccer Players in 2023: with muscular and jacked bodies 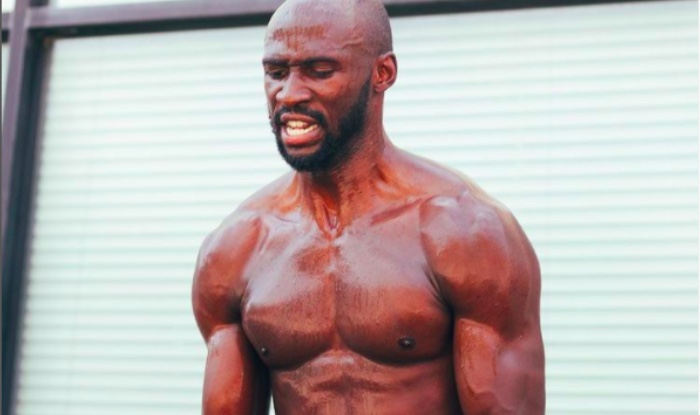 Have you heard about Eliaquim Mangala? He’s a French soccer player who plays for Saint-Étienne in France’s Ligue 1. He also happens to be one of the strongest soccer players in 2022. He towers at six feet two inches, has a huge weight of 185 pounds, and is built like a tank. That’s why he’s been nicknamed “The Incredible Hulk.”

While Mangala may not be the main scorer or the main central midfielder, he’s easily one of the most vital parts of any team he plays on because of his ability to defend with strength and power. He also has a good dribbling ability, which makes him a versatile defender if needed. Whether you’re watching him play for his current team or for France, there are plenty of opportunities to see Eliaquim Mangala in action.

Zlatan Ibrahimović is a Swedish soccer player who plays as a striker for Serie A club AC Milan and the Sweden national team. He is known as one of the world’s top strikers. He has won 31 trophies in his career, but it’s his physicality that makes him truly stand out among his peers.

Ibra is 6’5″ and weighs around 210 pounds, making him extremely athletic and powerful in terms of both speed and strength. His stats are comparable to those of an NBA player, and he even has the ability to leap over other players.

It’s no wonder he’s considered one of the greatest soccer players of all time—it’s because of his incredible physical prowess! 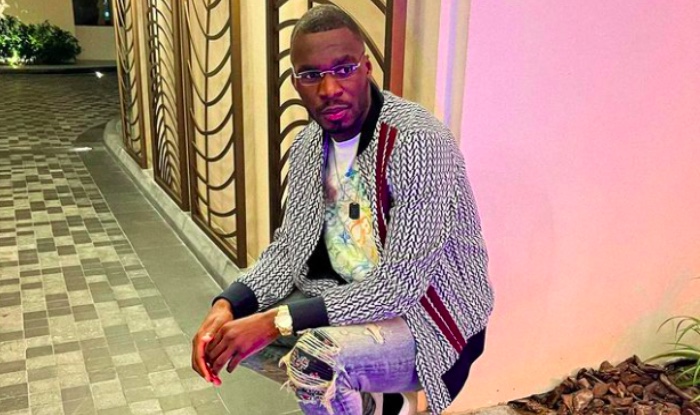 Christian Benteke is one heck of a specimen. At 6’2″ and 183 lbs, he’s not very muscular, but he is strong AF. He’s so strong that he kicks the ball so hard that sometimes he breaks the net. It totally makes us want to go out and kick a soccer ball as hard as we can!

In addition to his physical strength, Benteke has also shown incredible stamina during games. For example, in 2015, he played 90 minutes in all six matches of the group stage for Belgium at the FIFA Confederations Cup finals. That’s pretty impressive for someone who was still recovering from an injury! 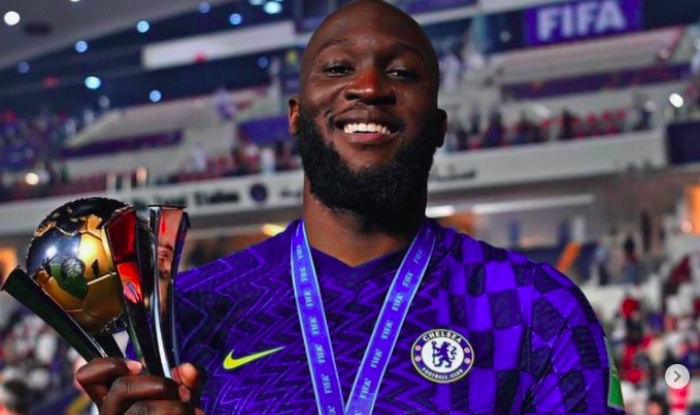 Lukaku is a striker for the Premier League club Chelsea and the Belgium national team. He has won a Belgian Pro League title and is the all-time top scorer for Belgium. At 6.26 ft tall, Lukaku weighs around 227 pounds, making him a force to be reckoned with on the soccer field.

Lukaku is seriously jacked! He’s a beautiful specimen of male fitness—just look at his giant biceps! He is built like a tank, with huge legs and biceps that seem like they could crush anything—but that’s just one of many reasons Lukaku has such an impressive ability to strike hard while still maintaining control over the ball. 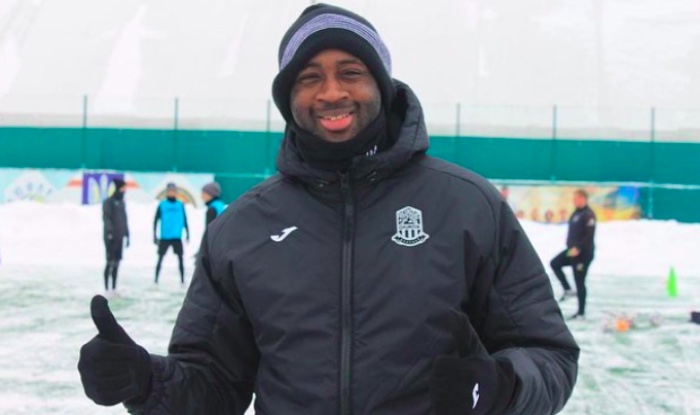 Toure is an Ivorian football player and now coach. He plays as a midfielder and stands 6.1 feet tall, weighing around 200 pounds. It’s not hard to see that he’s very muscular—his massive biceps are visible even under his jersey, which means he puts out some serious jacked vibes. The real question is: does all this muscle actually help him on the pitch?

Short answer: yes! Even though soccer isn’t primarily about pure strength or speed (since it’s such a long game), it requires both power and endurance to keep sprinting up and down the field for 90 minutes or more. Toure’s physical strength and endurance make him an awesome asset to his team. He can keep running for longer, he can jump higher, he can kick harder—and you better believe his opponents know it! 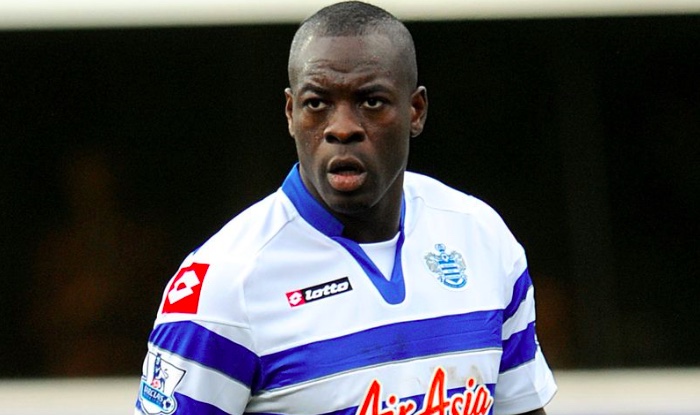 Chris Samba, the defender for the Congo national soccer team, is a very muscular athlete who stands 6.3 feet tall and weighs around 220 pounds. His biceps are so big that he can lift a stack of bricks with one arm! He’s also extremely strong so that he can kick the ball as hard as he wants, and even though his feet are pretty heavy, he’d be able to run fast if he had to. But he’s not just a physical presence; he’s a great passer, too. He makes his mark in the air; strong headers are his specialty. 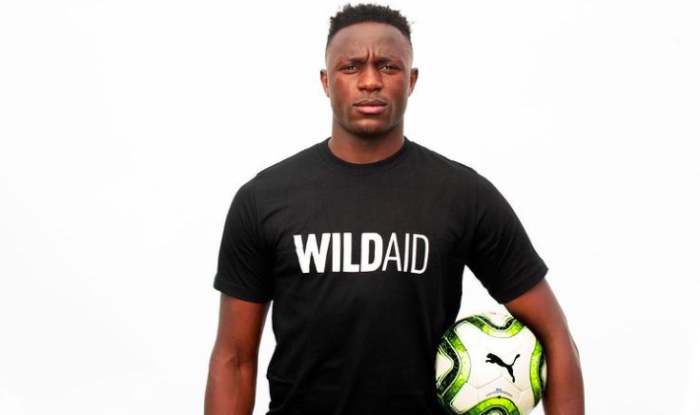 Victor is known for his super-toned physique and incredible strength, which he uses to win most aerial challenges and protect the goal from threats of any kind (even if that means scaring off opposing players with the sheer size of his muscles). He’s also very fast—a big part of what makes him such an awesome player!

If you saw him on the street, you might think he was a bouncer. But this guy is also a professional soccer player who plays for CF Montréal in the Major League Soccer. He’s 6’1″, and he weighs over 190 pounds. He has big biceps that could probably squeeze a watermelon right into juice! The crazy thing is, Victor isn’t even the most jacked soccer player in the world—he’s just the most jacked athlete from Kenya.

And it’s not just his strength and speed that are notable—Victor also has some great soccer skills, which helped him become the first Kenyan soccer to score a goal in the UEFA Champions League. 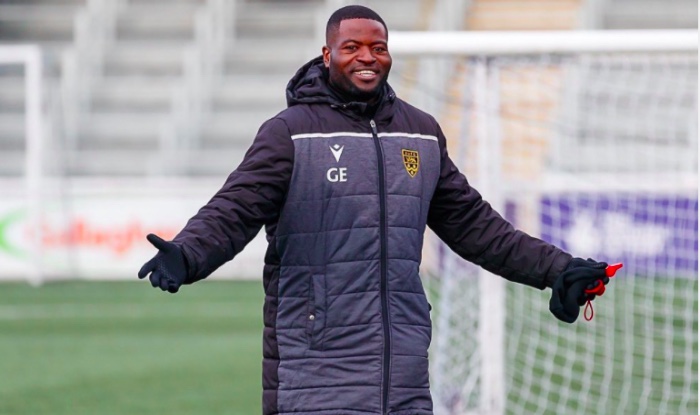 When you think of soccer players, “jacked” isn’t usually the first adjective that comes to mind. Who is this guy?

George Elokobi is a Cameroonian soccer player who plays as a defender for the National League club Maidstone United. At 5’9″ and 210 pounds, he’s already an anomaly among professional soccer players, but that’s not even what makes him so special. His body fat percentage is only 6%—which means that most of his visible mass is muscle. He’s huge! He has massive biceps, a thick chest, and a neck that could probably double as a tree trunk. He’s been described as a “gentle giant,” which seems like an appropriate way to sum him up.

He may be huge, but he’s also extremely agile on the field and possesses superhuman strength—the kind of strength you can see from the bleachers. He uses his muscles to bring agility and power to his game, which has definitely paid off for him throughout his career. 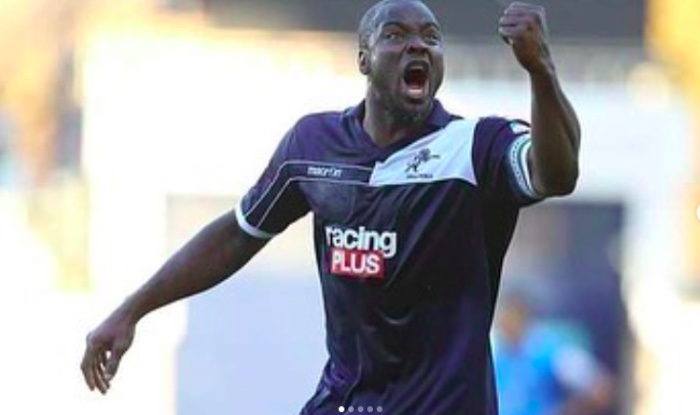 When I think of soccer, I tend to picture a skinny, agile man with quick feet and a nimble touch. I don’t immediately imagine a 6’2″, 210-pound mountain of a man with calves the size of my head. But that’s exactly what former Premier League footballer Danny Shittu is: one of the strongest soccer players in the world.

Basically, Danny Shittu was the best soccer athlete ever to walk God’s green earth. The guy was just jacked—he could bench press 400 pounds and could squat more than half a ton. He also had the biggest biceps ever seen on any footballer. The dude looked like he could pick up a bike with his pinkie finger.

And he wasn’t just strong… he was fast, too! Plus, he had stamina like no other—something that’s pretty important when you’re playing soccer professionally for long periods of time without a break. This guy literally was the best at everything. He was so strong and so fast that people started calling him “the Beast.” 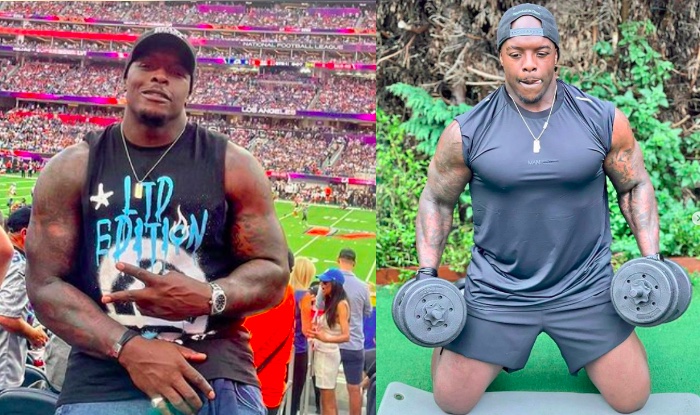 Adebayo Akinfenwa is not your average soccer player. The English striker for League One club Wycombe Wanderers is a beast, weighing in at 225 pounds and standing at 6ft tall. His body is all muscle, and his football abilities are second to none. He may not be the world’s fastest player, but he’s definitely one of the strongest.

So how does he do it? How does this massive man manage to score so many goals, and keep up with some of the most athletic players on the planet? It’s simple: hard work. In an interview with ESPN FC, Akinfenwa says that when he’s not training or playing with Wycombe Wanderers, he spends at least two hours every day lifting weights and doing other strength exercises. On top of that, he also does cardio workouts that help him maintain his speed in spite of his bulk.

For those who think that strength and height don’t count in soccer, they are surely mistaken. Some of the strongest soccer players on the list above have all their work built around making them powerful not for speed purposes but for brute effectiveness.