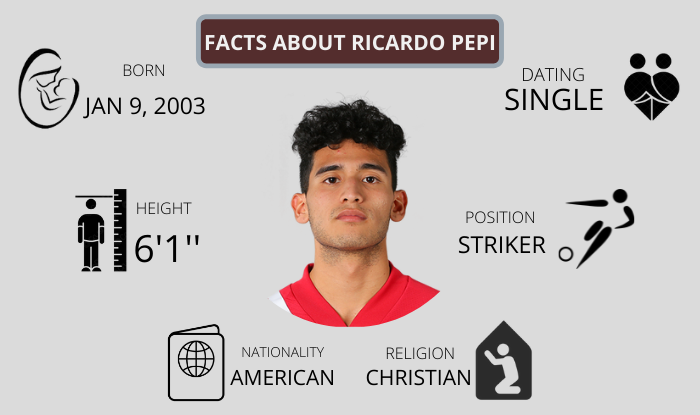 Currently Ricardo Pepi plays for the Bundesliga club FC Augsburg. He joined the club at the start of 2022. Here is the article that explores different aspects of the young footballer’s personal and professional life.

Pepi was born in El Paso, Texas, and raised in nearby San Elizario. His family was from Mexico where he used to go regularly. Ricardo Pepi started playing soccer at a very young age, he played locally at the age of just 4. Soon he decided to play the world’s most popular sport professionally.

His childhood was spent playing football for local teams and academies. As a child football star, Pepi was amazing, he scored 18 goals in 15 matches during his career on the U13 team.

Ricardo Pepi started his professional career in 2018 when he scored a considerable hat-trick in his debut match. He got a lot of fame from his very first match because of an amazing first impression.

Pepi joined FC Dallas in 2019 and played for the club for two seasons before joining FC Augsburg in 2022. He was signed by the club for more than $20 million. The transfer made him the most expensive MLS player transferred to a European club.

In 2021, Pepi was included in the United States senior soccer team squad. He scored a match-winning goal in his debut match and scored twice in his second match.

Ricardo Pepi became the most celebrated young US player because of his stunning debut and 2nd match’s amazing performance.

The young American footballer is focusing on his professional career, he is currently not dating. Maybe he has a dreamgirl but only in his dreams.

The young American footballer is 1.85m tall which is an ideal height for a professional soccer player.

Pepi is most probably single or has a secret relationship. He never told about any girl in his life.