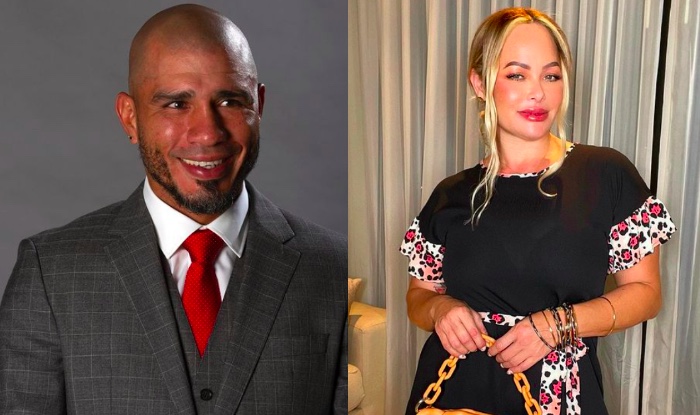 Who is Miguel Cotto’s wife? Here we have some facts about Melissa Guzman.

Miguel Cotto is a popular former professional boxer who is a multiple-time world champion.  His professional career starts in 2001 and ends in 2017. He is the first Puerto Rican boxer to win world titles in four weight classes, from light-welterweight to middleweight.

Here we have more concern with his personal life than his professional life. Miguel Cotto was married to Melissa Guzman in 1998 after a successful love relationship before marriage. The couple has three children together Luis, Alondra, and Miguel Cotto III.

In the past, they have been divorced because of his cheat on his wife. According to some news, he was in a relationship with another woman even after marrying Melissa Guzman. He also has another daughter who was born in 2006. All this was not so pleasant for Miguel Cotto’s wife and they started ignoring one another.

But after some time the couple unite again and she forgave the mistakes that became a reason for their split in the past.

Guzman is a hot and stunning woman who supported her husband in each fight. Once she started crying when Cotto got pummeled by the faster Pacquiao. After the fight, she explained that she was worried about her children who were watching the fight where their father was getting hits.

After a successful professional career of 17 years, Cotto was retired with a record of 41 wins. He told that he is happy with his family and wants to enjoy life after retirement. After his last fight, he told his fans “Thank you for supporting me at every opportunity. ”

Melissa Guzman often shares her photos on her Instagram profile. She is very much interested in fashion designing.