Isco is a popular young professional Spanish football player. He plays for the Spanish club Real Madrid and Spain national football team. His full name is Francisco Román Alarcón Suárez but he is worldly famous by his short name Isco.

Isco’s net worth is more than $13 million which is estimated on the basis of his contracts and salaries from the national football team and Real Madrid FC. Isco is one of the most talented midfielders in Real Madrid. In his presence, Real Madrid has won many iconic football titles including UEFA Champions League and La Liga. In season 2017 he was selected in the list of top 30 best players of the season. 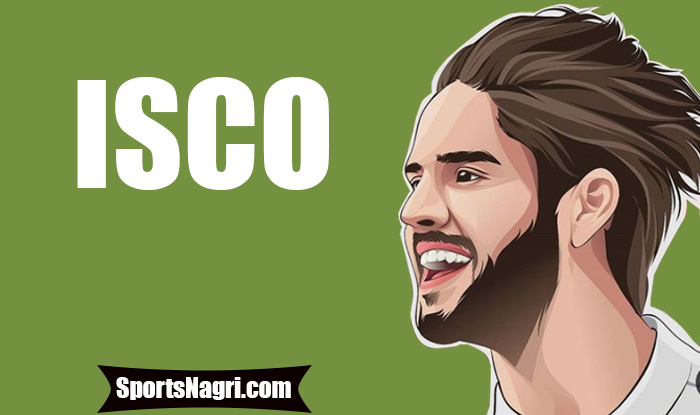 Isco was born on 21 April 1992 in Benalmádena, Spain. He started his career with Valencia and then joined Malaga in 2011. Isco remained wonderful with Malaga and won the Golden Boy award in 2012. This remarkable performance and achievement set him top of the list of the players who are targets of other clubs to transfer. He got an offer of €30 million from Real Madrid and he accepted it. He moved to the club in 2013 and with the team won four Champions League titles.

On the international side, he played in the U17 world cup with his country’s U17 team. On 15 May 2012, he was called up to the senior team for the first time. He made his honored debut for his national team on 6 February 2013. He was the part of Spanish squad during the FIFA world cup 2018.

The Spanish star is not officially married but we see him in a relationship with Sara Salamo, an actress and model. They have not revealed much about their personal life and relationship. They both spotted together in different places, especially at Real Madrid celebrations. Isco has two children Francisco Alarcon Calderon and Theo Alarcon Salamo.

Isco is a young energetic and most talented midfielder of the era. He has spent a wonderful career time with Real Madrid where he played in the company of some of the best football players in the world like Cristiano Ronaldo and Benzema.

As of 2022, Isco has a net worth of $13 million and he has the potential to grow this figure to a big level.