What exactly does it mean to be “quick”? However, sprinting as a sport has created some greatest and the world’s fastest men. These athletes, such as Carl Lewis, Asafa Powell, and others, not only sped past the finish line in the blink of an eye but also etched their names in the sport’s history books as legends. Let’s look at the top ten greatest 100m sprinters of all time in terms of medals won, best times set, consistent consistency, and distance flexibility. 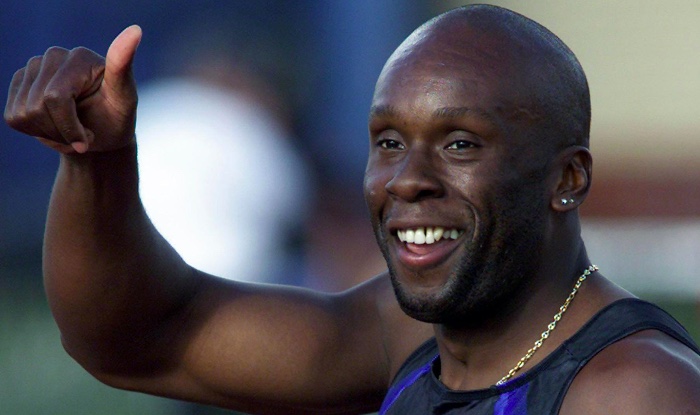 Bruny Surin is a Canadian track and field runner who won a gold medal in the 1996 Summer Olympics in the 4100 meters relay. As a member of the 1996 Summer Olympics 4×100 relay team, he was inducted into Canada’s Sports Hall of Fame in 2008. Surin’s second-place finish of 9.84 seconds at the 1999 World Championships set a new world record for the fastest silver medal time.

Surin earned a bronze medal in the 100 meters and was seventh in the long jump at the 1990 Commonwealth Games. Surin finished eighth in the 100 m at the 1991 World Championships, and he finished fourth in the 100 m and entered the semifinals of the 1992 Summer Olympics as a part of the Canadian 4 x 100 m relay squad. The Canadian records holder is one of the greatest 100m sprinters of all time. 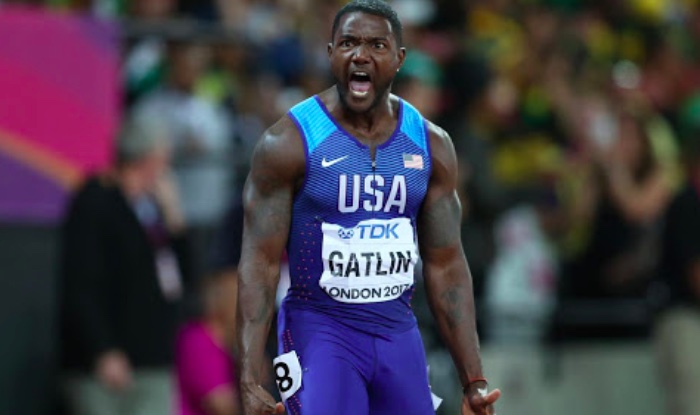 Justin Gatlin is a sprinter from the United States who shines in the 100 and 200 meters. He has earned five Olympic medals and 12 World Championship medals throughout his career.

The biggest accomplishment of the American athlete was at the 2004 Olympic Games, where he captured the 100m gold medal, as well as a silver in the relay and a bronze in the 200m. He later went on to take gold in the 100 and 200 meters at the World Championships in Helsinki soon after.

His future, though, was derailed after he received a four-year suspension in 2006 after testing positive for a controlled drug. Gatlin, on the other hand, staged a quick revival, earning bronze in the 100m at the 2012 London Olympics and then silver at the 2016 Rio Olympics to become the oldest individual to earn an Olympic medal in a non-relay sprint race. 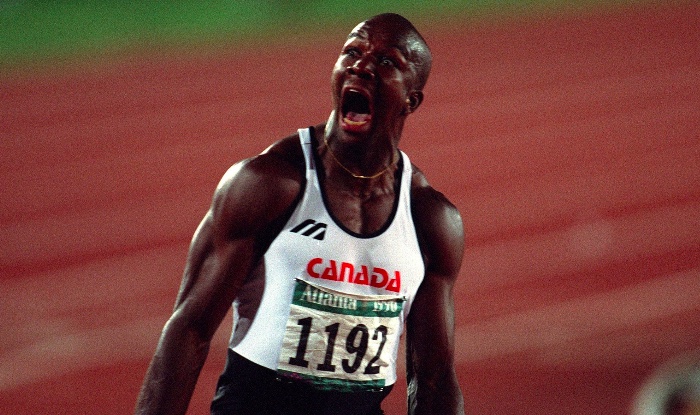 Donovan Bailey, a former Jamaican-Canadian sprinter, is commonly known as Canada’s best sprinter of all time. He used to own the world record in the 100-meter sprint. He captured the gold medal in the 1996 Olympic Games with a time of 9.84 seconds.

He was drafted into the Ontario Sports Hall of Fame in 2005. Donovan is regarded as one of the greatest 100m sprinters in history. 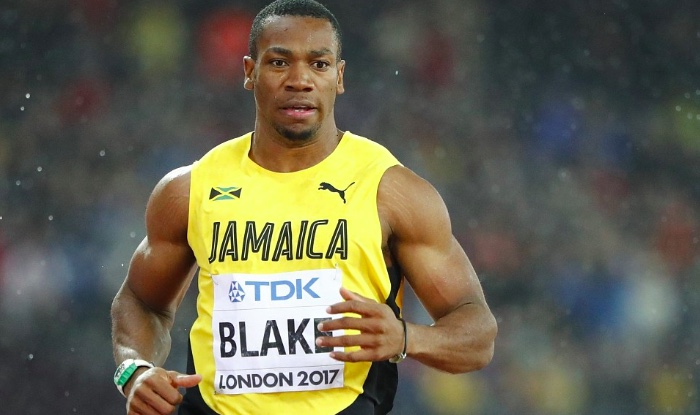 Yohan Blake, a Jamaican sprinter, is tied for the second-fastest individual in the world with Tyson Gay, an American sprinter. To demonstrate that he measures up to the prestige of being the successor to his fellow countryman Usain Bolt’s dynasty, he practices with the world’s fastest individual, only to come second in the 100m and 200m.

The Olympic run of the 2011 World Champions has also been remarkable, with the 2012 London Games being the highlight, where he captured silver in the 100 and 200m dashes and gold in the 4x100m relay. He only managed to hold the gold from the relay event four years later in Rio, narrowly losing out on bronze in the 100m after finishing fourth at the finish line. He grabs his place among the greatest 100m sprinters of all time. 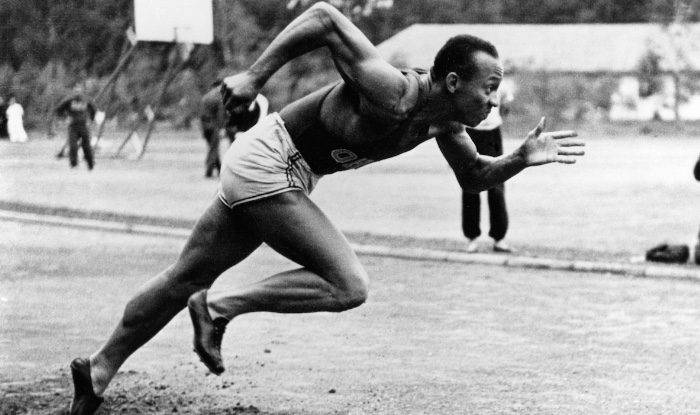 Jesse Owens, surely one of the best 100m sprinters of all time, earned four gold medals at the 1936 Berlin Olympics, which Hitler opened in Nazi Germany. Owens completed the 100m in 10.3 seconds and the 200m in 20.7 seconds while trying to race on strange dusty tracks in out-of-date stadiums.

As a consequence of his excellent success at the Games, he has been hailed for “single-handedly shattering Hitler’s myth of Aryan dominance.” He still owns the distinction for putting on “the best 45 minutes ever in competition” at the 1935 Big Ten track meet in Michigan, where he established three world records and matched another in under half an hour. 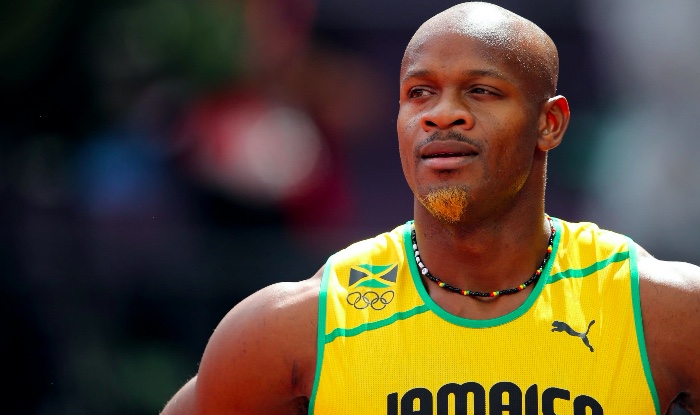 Asafa Powell is a sprinter from Jamaica who is an expert vet in the 100 meters. Between June 2005 and May 2008, he established the world record for the 100 meters with speeds of 9.77 and 9.74 seconds. Powell has regularly breached the 10-second mark in practice, and his personal record of 9.72 seconds places him third among male 100-meter competitors of all time.

He captured bronze in the 100 m and gold in the relay at the 2009 World Championships. Powell also captured the IAAF World Athletics Final five times and was the reigning world record holder in the 100-meter dash. He stands in fifth place among the greatest 100m sprinters of all time. 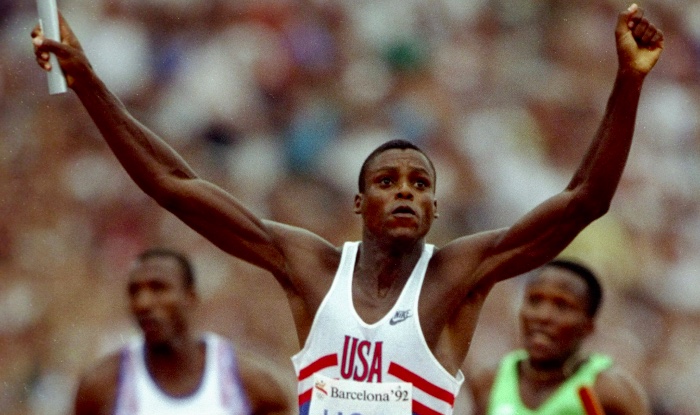 Carl Lewis was an American track and field runner who established world records in the 100-meter run, 200-meter dash, and 4×100-meter relay, as well as the long jump. In the Olympics, he earned a total of ten awards, nine of which were gold.

He earned eight gold medals at the World Championships, as well as a silver and a bronze, making him one of the most accomplished athletes in his sport. Various sports federations called him “International Athlete of the Century,” “Sportsman of the Century,” and “Olympian of the Century” during his career, which spanned 1979 to 1996. He is one of the greatest 100m sprinters of all time. 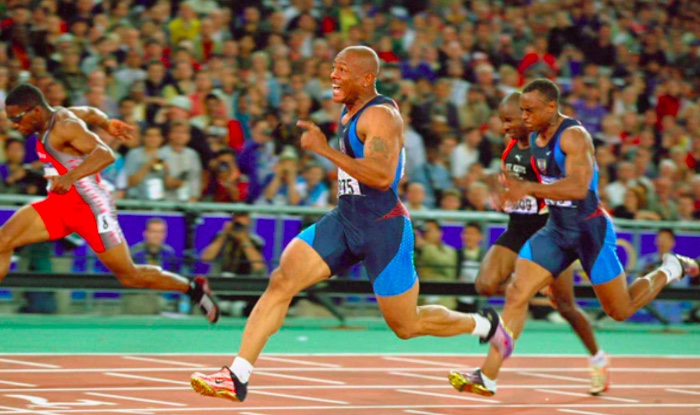 Aside from this one, he was the world champion in the 100m distance three times, in 1997, 1999, and 2001, cementing his status as a sporting hero! However, in 2005, he sustained an accident as a result of which he limited his involvement in activities and formally retired in 2008. 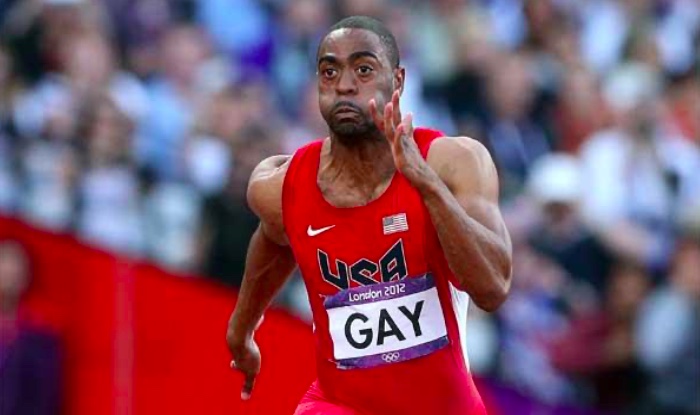 Tyson Gay is a sprinter who competes in the 100 and 200-meter dashes for the United States. His personal best in the 100 meters is 9.69 seconds, which makes him the second-fastest runner in history.

His finest results on the international level came in 2007 when he won three gold medals in the 100m, 200m, and 4x100m relay at the World Championships.

Usain Bolt is a retired Jamaican sprinter generally regarded as the best of all time. In the 100 meters, he owns the world record. Bolt shattered his second 100 m world record of 9.69 seconds in 2009 with a time of 9.58 seconds, the greatest change since electronic timing started.

His accomplishments as a sprinter have given him the nickname “Lightning Bolt” in the mainstream. In addition to being the fastest individual on the globe, he has 11 gold medals from the World Championships, making him a cut well above others in his profession. Bolt’s world records in the 100m and 200m are 9.58s and 19.19s, respectively. Bolt is the all-time best 100m sprinter in the world.

The Top 10 Greatest 100m Sprinters of All Time are: