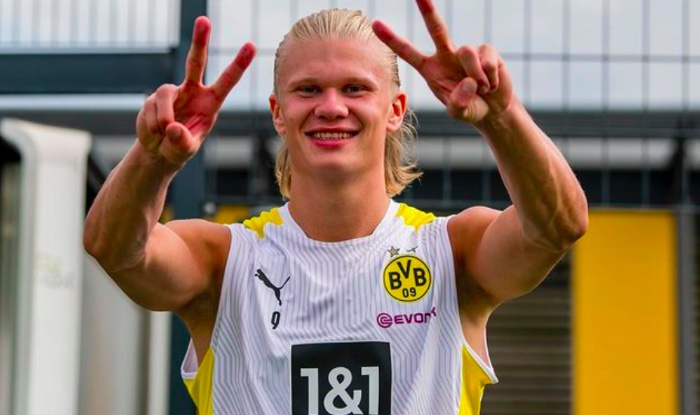 Erling Haaland is a Norwegian professional soccer player who is widely considered one of the best strikers in the world right now. The young talented footballer has earned the nickname ”The Terminator” by many football legends and his fans. He is famous for his speed, pace, skills, and wonderful passing abilities.

Erling Haaland was born in 2000 in Leeds, United Kingdom. His father was also a professional footballer who was playing for Leeds United FC at the time of Haaland’s birth. Haaland started showing his interest in sports at a young age. As a child, he has been playing different sports including golf & handball. Soon his interest developed in soccer because of his father.

Erling Haaland started playing football in the academy at the age of five. According to his coach, he was a remarkable player even in his childhood. His coach had identified the wonderful talent inside Haaland.

Haaland started his professional career with Bryne’s reserve team in 2016-17 where he scored eighteen goals in fourteen games. This was a fantastic performance that invited the attention of many football experts and teams towards him.

In 2017 he signed a contract with Molde football club where he played for one season and made himself more prominent among young footballers. After playing for one season with Molde, Haaland was transferred to Red Bull Salzburg.

Erling Haaland got a number of worthy contract deals to offer next year from the world’s top football clubs including Juventus & Manchester United, but soon Borussia Dortmund announced his deal for €20 million. After joining the club, Haaland shined on the sky of football like a star. The scoring machine is so rapid in making records. 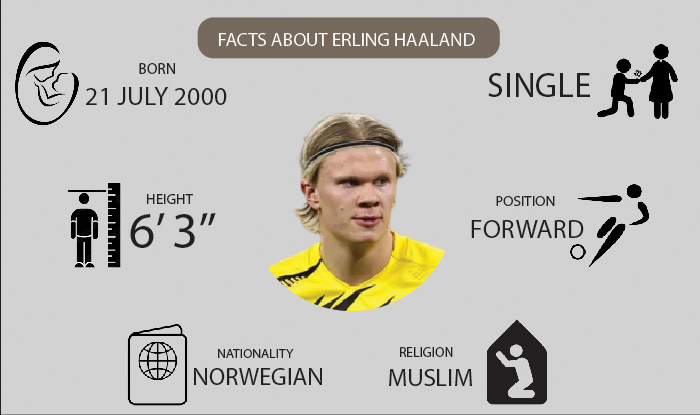 Erling Haaland is son of Alf-Inge Håland and Gry Marita Braut. Both of his parents are former athletes that became the main reason for his interest in sports. His father was a professional soccer player and his mother was a women’s heptathlon athlete. He grew up alongside an elder sister and a brother.

Haaland has a cute sister Gabrielle Haaland who is a beautiful girl lady. Here below is the photo that Haaland shared on his Instagram profile while wishing his sister a happy birthday message.

Erling Haaland is currently just focusing on his future as a professional football player. He does not have any girlfriend or he has not revealed anything about his relationship. Most probably he is single.

What is Erling Haaland Religion?

There has been a long debate on social media about Erling Haaland’s religious views. There are different statements about his religion on the internet but there are some videos and tweets that can show his religious views. According to those videos he is saying ”Alhamdulillah” which is a phrase that is used by Muslims to say thanks to the creator. After winning a match he tweeted ”Alhamdulillah”.

All these things indicate that Erling Haaland is a Muslim.

Before his debut for Manchester City, Haaland tweeted the news of his debut by saying ”InshaAllah” which is a proper Islamic term used for future plans.

Thanks! Debut vs Bayern Inshallah 🙌🏻 https://t.co/iH6SoWljqJ

To summarize we can say that Haaland is the future of football. Luckily we have young footballers like him at the stage where some of the greatest football legends like Cristiano Ronaldo & Lionel Messi are near to ending their careers.

How old is Erling Haaland?

How tall is Erling Haaland?

Erling Haaland is 6’4″ tall. He is the tallest one in his team’s active squad.

Erling Haaland is Muslim, he has been posting videos on his Instagram profile reciting sentences that usually Muslims say.