Which are the best male archers in the world? Archery is defined as the art, sport, practice, or skill of shooting arrows with a bow. The name is derived from the Latin word arcus, which means bow. Archery for hunting and fighting has historically been practiced. It is mostly a competitive sport and a recreational pastime in current times. Women archers are also world-famous.

An archer or a bowman is a person who competes in archery. Let’s have a look at the top ten best archers in the world. 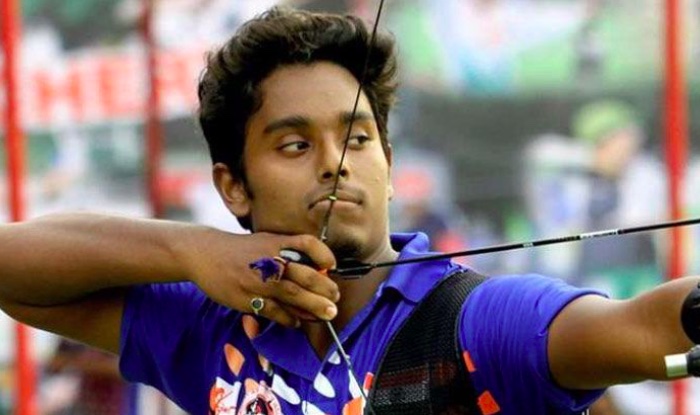 Atanu Das is an archer from India and is considered one of the best male archers. He competes in the Recurve Men’s Individual and Team competitions for India. In 2008, he made his international debut. He is now ranked 9th in the world.

Atanu earned a bronze medal in the 2013 World Cup Mixed Team event in Colombia, alongside Deepika Kumari. He is a potential Indian archery prodigy who began training at the age of 14 under Mithu Da’s tutelage.

Atanu joined Tata Archery Academy in 2008, where he was taught by Korean instructor Lim Chae Wong. He was recently filmed for a documentary on archery by World Archery. 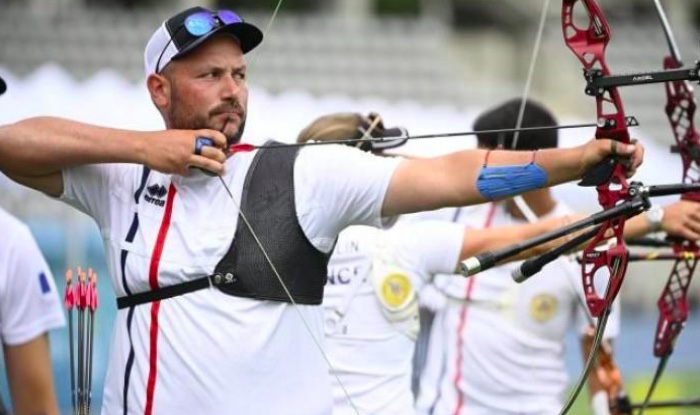 One of the top male archers, Pierre Plihon is a recurve archery competitor from France. Plihon debuted on the international scene in 2014, winning a team gold medal at the European Archery Championships in Echmiadzin and qualifying for the 2014 World Cup Final in Lausanne, along with a silver medal in the preliminary round in Shanghai. 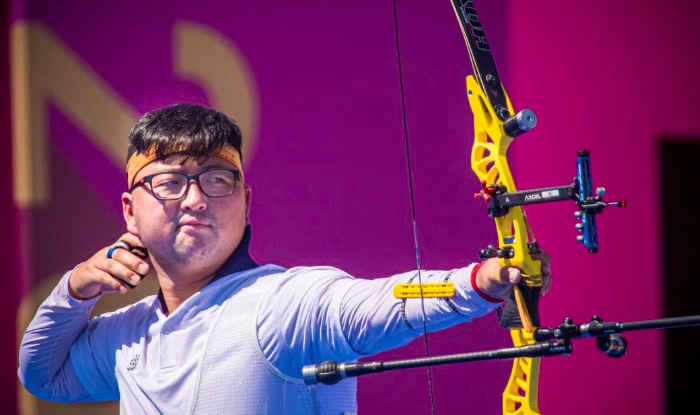 Kim Woojin is a South Korean archer who rose to the top of the global rankings in 2011 and held the world record in men’s solo recurve archery at the time. He resides in Chungju as a student.

He shoots right-handed with 30-inch (76 cm) arrows and a 46-pound draw weight (21 kg). As part of the South Korean men’s archery team, which defeated the United States in the men’s team archery final at the 2016 Summer Olympics, he earned his first Olympic gold medal.

Kim is considered one of the greatest male archers in the world. 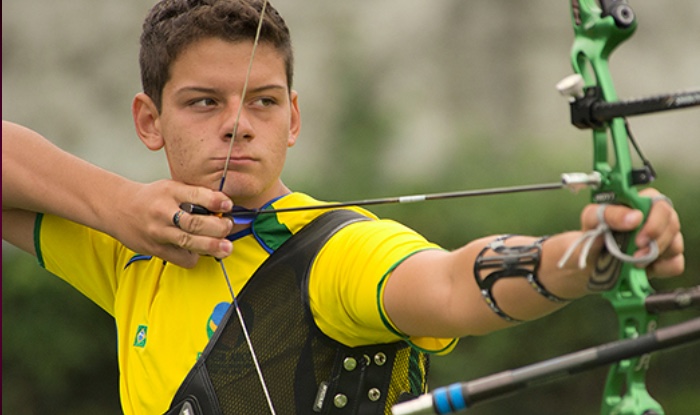 Marcus Vinicius D’Almeida is a recurve archery competitor from Brazil. D’Almeida debuted on the international stage in 2013, winning three gold medals at the South American Games and qualifying for the 2014 Archery World Cup Final as the second-highest qualifier, where he earned a silver medal after losing in a shoot-off to Brady Ellison.

His meteoric climb to the sport’s highest echelons while being a youngster has earned him the moniker “Archery’s Neymar.” He was the flag bearer for Brazil in the 2014 Summer Youth Olympics in Nanjing, China, where he won a silver medal in the individual category. 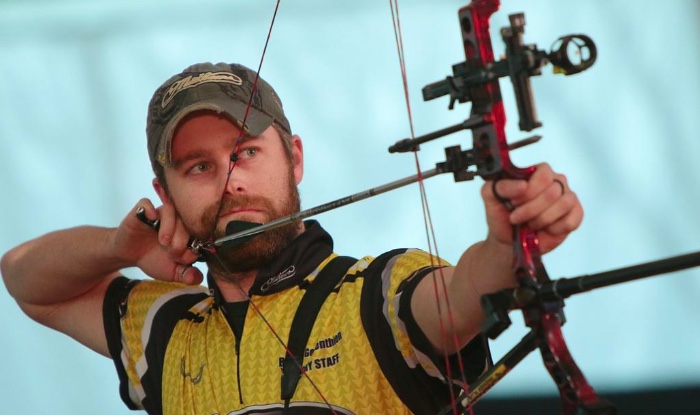 Braden Gellenthien, a compound archery competitor from the United States, is one of the best male archers in the world.

He has won individual gold medals in the FITA Archery World Cup, Indoor World Championships, and Arizona Cup, as well as team gold medals at the World Archery Championships. His achievements and consistency have earned him the place on the list of the top 10 best male archers. 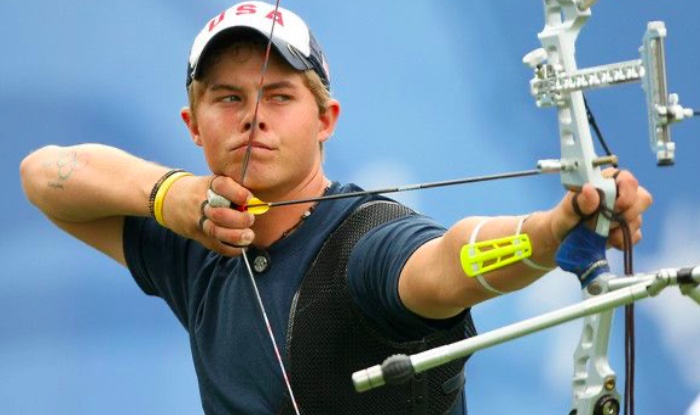 One of the best Male Archers, Brady Ellison is a recurve archery competitor from the United States. He is presently a Resident Athlete at the Chula Vista, California-based United States Olympic Training Center.

From August 2011 until April 2013, he held the record for the longest time as the world’s top-ranked men’s recurve archer. During the 2015 world championships, he acquired the moniker “The Prospector” for his penchant for “finding gold.” 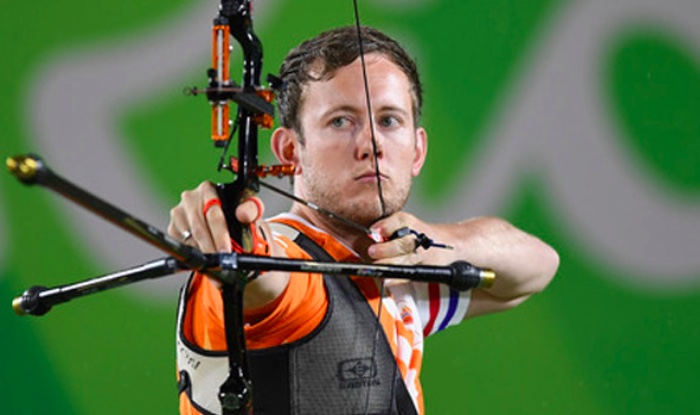 Rick van der Ven is a Dutch archer who began archery when he was eight years old. He finished second with a silver medal in the World Junior Championships in Ogden, Utah in 2009.

His outstanding achievements have bestowed him the title of one of the best male archers. 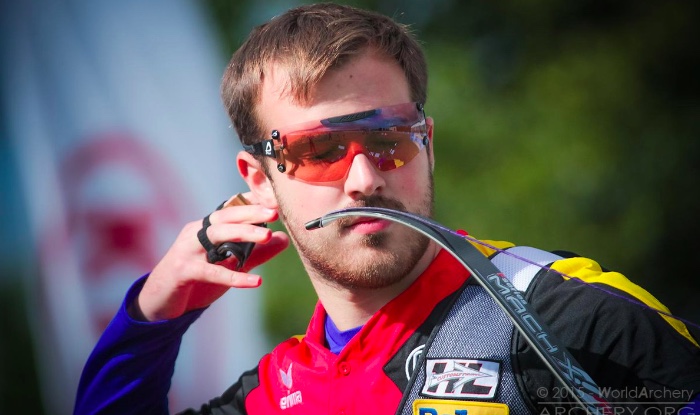 Florian Kahllund, also known as Florian Unruh, is a recurve archery competitor from Germany. He was born on June 7, 1993.

Kahllund debuted on the international scene in 2013, earning the individual championship and a silver medal in the team event at the European Championships in Echmiadzin, as well as qualifying for the World Cup Final by winning the third stage of the individual tournament in Antalya.

He is regarded as one of the best male archers in the world. 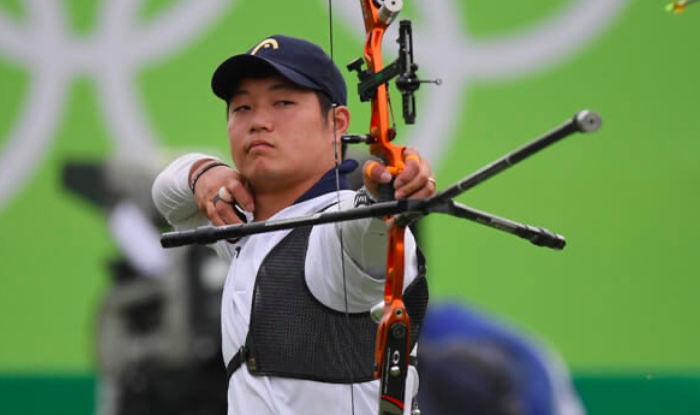 One of the greatest male archers, Lee Seung-Yun is a professional archer from South Korea. He was first picked for the South Korean archery team in 2013, winning team and individual medals at the 2013 Archery World Cup, finishing 4th in the World Cup Final in Paris, and reaching the final of the 2013 World Archery Championships, where he defeated teammate and Olympic champion Oh Jin-Hyek.

He rated 5th in 2013 in a high world ranking and 8th in 2016. Lee never ended outside of the top eight in the contest during his maiden international season. He qualified for the Global Cup Final with an individual gold medal at the fourth World Cup stage of the year in Wroclaw, in addition to his world crown.

He won the gold medal with the South Korean team and qualified for the men’s solo round at the 2016 Summer Olympics in Rio de Janeiro. 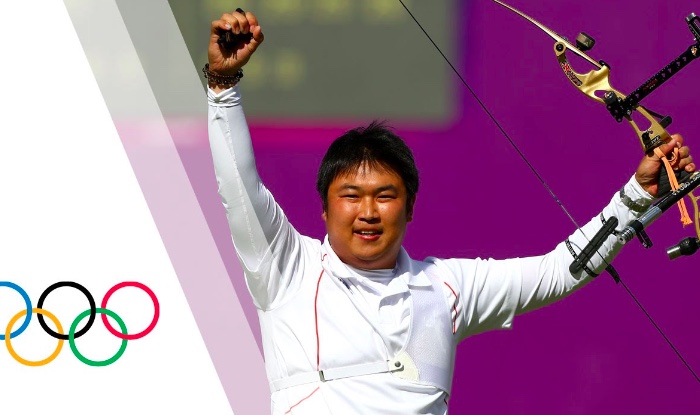 The best male archer in the world is South Korean archer Oh Jin-Hyek. Oh initially participated for the Korean national team in 1999, but did not win a significant solo international competition until the 2012 Summer Olympics, where he won the gold medal in the Men’s individual event, being the first Korean male archer to do so.

He also finished third in the Men’s team event with teammates Im Dong-Hyun and Kim Bub-Min. From April 2013 to June 2014, he was the world’s number 1 archer and won the individual gold medal during the 2013 World Cup Finals at the Archery and two silver medals at the world championships 2011 and 2013.

Jin-Hyek is competing for the archery squad Hyundai Steel and is recognized for its unusual technique.

The top 10 best male archers in the world are: